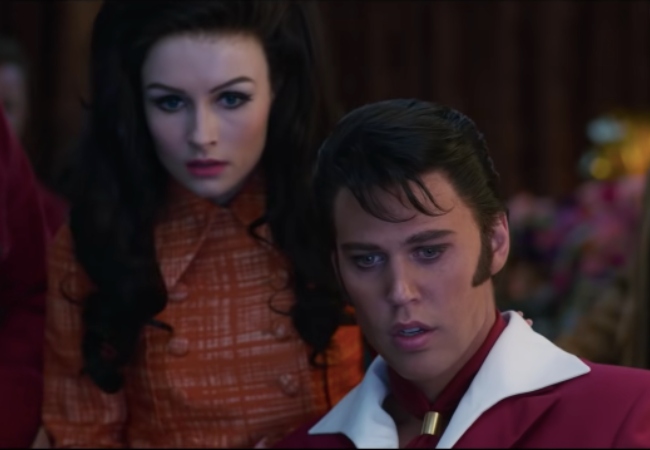 Well, here’s something I don’t recall ever seeing before. Top Gun: Maverick, was has just soared past the $5B mark worldwide, and Baz Luhrmann’s new Elvis film are in a statistical dead heat with $30.5M. These are huge numbers for both, but especially for Tom Cruise’s aerial sequel, which could leap back into the top spot after five weeks of wide release. Luhrmann’s rock ‘n roll biopic was fronted largely on the legendary star’s name and the performance of Austin Butler, seen by many as a breakthrough. Of course, it didn’t hurt to have the reliable Tom Hanks driving the narrative as Col. Tom Parker, as well. Word of mouth has led to a lot of positive buzz, while the RT scores are trending higher than many recent music dramas. I wouldn’t be surprised if WB trots this one back out closer to awards time.

The buzz was really strong heading into the release of The Black Phone. Those promos featuring the typically mild-mannered Ethan Hawke in those terrifying devil masks got a lot of people talking, plus the return of Doctor Strange and Sinister director Scott Derrickson to the world of horror. And of course, there’s the might of Blumhouse who are nearly untouchable among genre fans. The combination is a $23M launch, far exceeding expectations.

After a disappointing debut, Pixar’s Lightyear fell another 65% in its second weekend, among the worst in the studio’s history. At just $152M worldwide at this point, the Toy Story spinoff seems to be trending towards the low-end earners for Pixar.