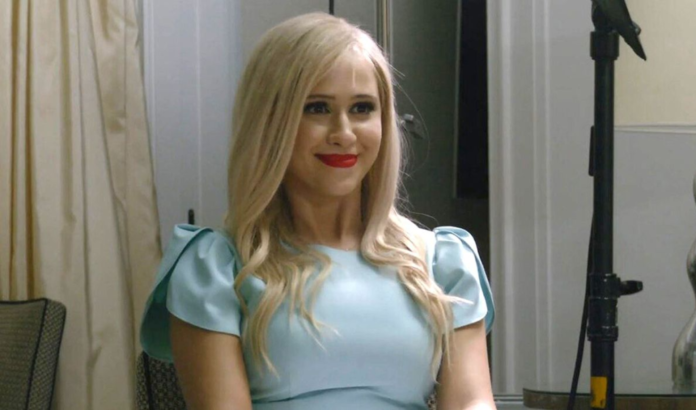 Nearly two years since the release of Borat Subsequent Moviefilm, and the thing people remember about it isn’t Sacha Baron Cohen. It’s Maria Bakalova, the breakout star who earned an Oscar nomination and has been sought-after ever since. And one of those who sought her out was James Gunn, for an apparent key role in Guardians of the Galaxy Vol. 3.

Although the film has been wrapped for quite a while, we’re only just now learning that Bakalova is in the Marvel sequel. Deadline dropped the news today, which was then quickly confirmed by Gunn, who expressed dismay that he’d been beaten to the punch…

Bakalova is just one of many new additions to the cast, including Will Poulter as Adam Warlock, plus The Suicide Squad‘s Daniela Melchior, and Peacemaker actor Chukwudi Iwuji. Chris Pratt, Dave Bautista, Zoe Saldana, Karen Gillen,the usual crew, are all coming back, as well.