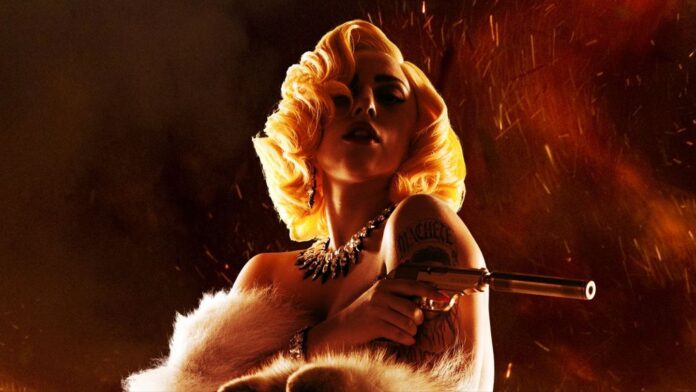 Perhaps we should’ve seen this coming? Well, wait. We DID see this coming, sorta. Last week, when Todd Phillips confirmed that a Joker sequel was a go and that it would be titled Joker: Folie à Deux, a pretentious title that loosely translates to “madness for two”, we speculated that a Harley Quinn-type character could be involved. That much, it seems, is definitely true. What we didn’t guess, and probably should’ve, is the film would be a musical. And would co-star Lady Gaga.

THR reports Lady Gaga is in talks to join the Joker sequel as Harley Quinn. Discussions are still at an early stage, but this would be an incredible pairing of Gaga and star Joaquin Phoenix. Obviously, this version of Harley Quinn would be very different from the Margot Robbie one causing chaos throughout the DCEU. But one thing that would remain consistent, it seems, is her toxic relationship to Mr. J.

This actually makes some sense. Gaga and Phillips worked together previously when he produced Bradley Cooper’s A Star is Born, a film that earned her an Oscar nomination for Best Actress. In turn, Bradley Cooper was listed as a producer on Joker. Those Hangover boys just can’t quit one another.

I can actually see this being the movie that finally earns Gaga her Oscar, as well. She’s now had two acclaimed performances in high-profile dramas with no acting gold to show for it. But if Phoenix can win Best Actor for Joker, surely she can win for the next one, especially if she gets to put her obvious singing skills to good use.

Whatever apprehension I might’ve had about Joker 2, I really want to see how this one plays out now.