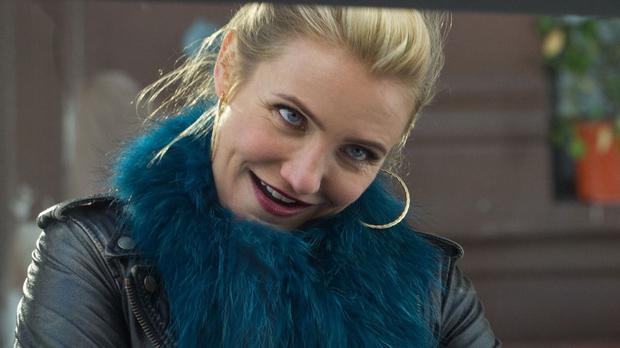 Wondering where Cameron Diaz has been? The Charlie’s Angels star retired from acting in 2018, with her last starring role the 2014 remake of Annie. That film put her alongside Jamie Foxx, and their friendship is apparently strong enough that he has drawn her out of retirement for a new Netflix project, Back in Action.

Details on the action-comedy are unknown, but it will be directed by Seth Gordon (Baywatch) from a script he co-wrote with Brendan O’Brien (The House).

The news was dropped in a tweet by Foxx in which Diaz says she doesn’t know how to unretire. So Foxx brings on famous un-retiree NFL quarterback Tom Brady to give some pointers…

Cameron I hope you aren’t mad I recorded this, but no turning back now. Had to call in the GOAT to bring back another GOAT. @CameronDiaz and I are BACK IN ACTION – our new movie with @NetflixFilm. Production starting later this year!! 🦊🐐 pic.twitter.com/vyaGrUmbWb

Foxx and Diaz also appeared together in the 1999 football drama Any Given Sunday. [Deadline]