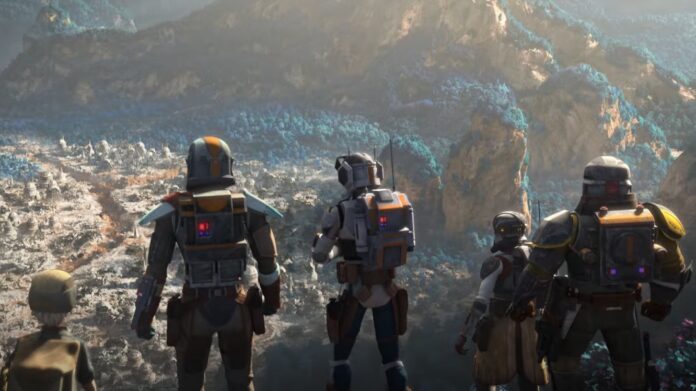 Star Wars‘ oddest squad of clone troopers are returning for another mission! The Bad Batch pulled off quite a trick in season one. A creation of Dave Filoni that emerged in the final episodes of The Clone Wars, The Bad Batch are a team of unusual clone troopers with special traits and distinct personalities, making them an almost unstoppable force. But in the wake of Order 66, those quirks have made them outcasts and a target of the Empire.

I hated the Bad Batch when they first appeared, but they won me over throughout the season. A big part of the reason was Omega, a female clone descendant of Jango Fett, which makes her an outsider among outsiders and a friend to the Bad Batch.

It appears some time has passed between season one and two. The clones, including Omega, look older and have different armor. They also seem to have drawn the attention of Emperor Palpatine, which can’t be a good thing. And is that a Wookie Jedi or just a Wookie who stumbled upon a lightsaber? Hard to tell. 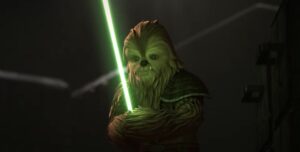 I honestly have no idea where the Bad Batch’s story can go. They don’t really fit as key fixtures in the Skywalker Saga, but they’re popular enough that I can see Lucasfilm doing more with them.

Here’s the synopsis for season two: Months have passed since the events on Kamino and the Bad Batch continue their journey navigating the Empire after the fall of the Republic. They will cross paths with friends and foes, both new and familiar, as they take on a variety of thrilling mercenary missions that will take them to unexpected and dangerous new places.

The Bad Batch season two arrives this fall on Disney+.