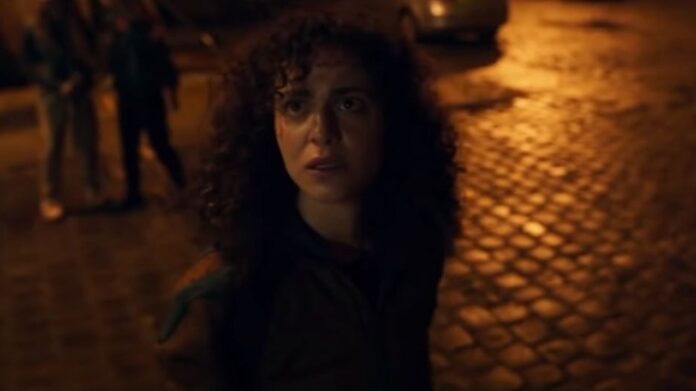 Well, the finale of Moon Knight finally did it for me. The show really hadn’t clicked with me, but episodes 5 and 6 turned the corner with big superhero action in a unique landscape, some nice character moments between Marc and Steven, plus a great post-credits introducing someone fans had been waiting for. But the thing that ultimately did it for me was May Calamawy as Layla El-Faouly, the MCU’s version of Marlene Alraune. She undergoes a significant change in the final battle, becoming a costumed hero of her own. But all appearances to the contrary, she is not an original creation.

During the epic clash against Harrow, Layla becomes the avatar of Egyptian goddess Tawaret. While she goes unnamed during the episode, Marvel.com confirms that she is actually the MCU’s take on the Scarlet Scarab, an obscure character who used a mystical object to become Egypt’s champion during WWII.

We’ve definitely not seen the last of Scarlet Scarab, but the question I have is whether she will have a part to play outside of the Moon Knight series? 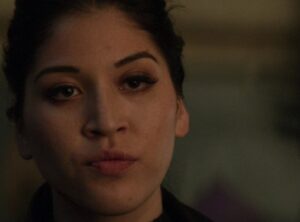 “At the time, Echo was going to be our love interest, solely based on the fact that they knew Marvel liked the character of Echo and was trying to find a show to put her in. She didn’t work at all for the story we were telling,” Slater explained. [Marvel] were like, ‘You know what, we’ve got this ‘Hawkeye’ show and we feel like she would fit in a lot better there’ and we were like, ‘Oh, thank God.’”

Yeah, that would NOT have worked out well. On the other hand, we do get a mention of Spector’s mercenary rival, Raul Bushman, and might’ve fit just perfectly. However, Slater says that ultimately didn’t work out, either.

“There were a lot of specifics in the pitch that didn’t wind up working in the show. Bushman was initially going to be the main villain. I thought he was going to be possessed by an Egyptian god by the end of it, and you’d have a big sort of avatar battle.”

The series finale of Moon Knight debuted today, and based on how it ended we are definitely getting a season two.