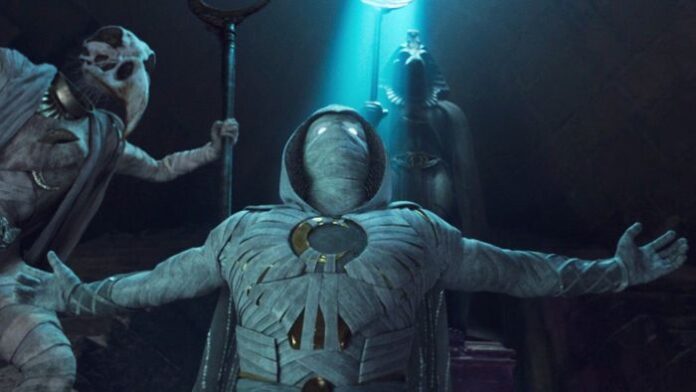 Just two days away from the season (series?) finale of Moon Knight on Disney+, Marvel Studios has dropped a new trailer recapping events from prior episodes. Titled “Rise”, the footage reveals Marc Spector (Oscar Isaac) as he and the power of Egyptian god Khonshu prepare for a final battle with Arthur Harrow.

Yes, I’m being deliberately vague. I know a lot of people watch these things at different times. For instance, I didn’t get caught up until late last night. To be perfectly honest, the show bores me to tears, try as I might to like it. But how it wraps will be interesting if only to see if Marvel firms up plans for a second season. Isaac has yet to sign on for future seasons.

There’s always the hope this final episode could be the one that changes my mind. More Moon Knight in action, please!