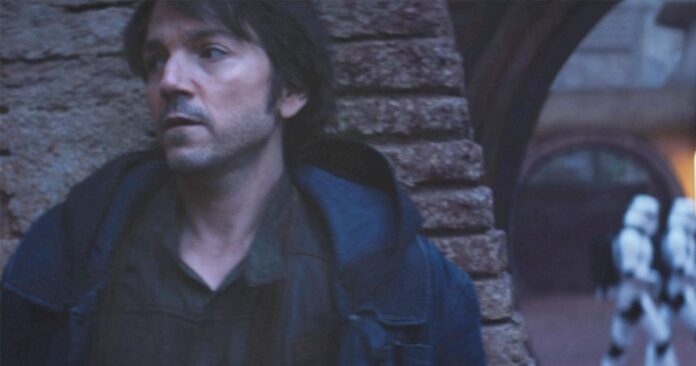 Star Wars Celebration has seen the anticipated first teaser for Andor, which stars Diego Luna as Cassian Andor, the Rebel spy who was one of the tragic heroes of Rogue One. But this series takes place five years before that crucial (and fateful) battle, and as we see in this footage, Andor is quite good at inspiring others to fight for a cause, in this case, taking on the Empire.

The series is showrun by Rogue One writer Tony Gilroy, so he knows the character as well as anyone. There will be two seasons of 12-episodes each, and if you were hoping to see the return of Alan Tudyk as the voice of K-2SO, you’ll probably have to wait until season two.

“This first season is about [Andor] becoming a revolutionary, and the second 12 episodes take him into ‘Rogue One.‘” Gilroy told Vanity Fair recently.

Lucasfilm has revealed that Andor will hit Disney+ on August 31st!

Set five years before the events of Rogue One the series follows rebel spy Cassian Andor during the formative years of the Rebellion.