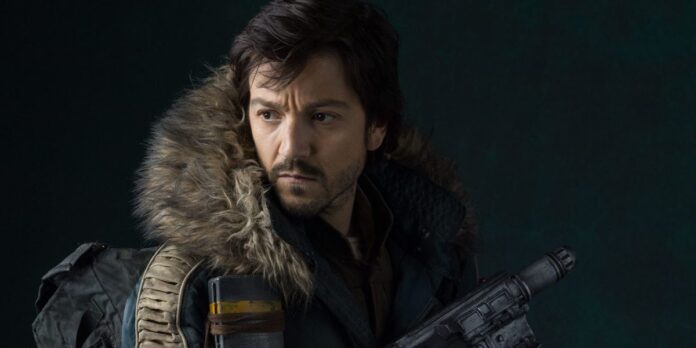 Ever since Disney acquired Lucasfilm they have begun using the Marvel method to create a Star Wars cinematic universe. And that means lots of cross-pollination of characters, think Luke Skywalker popping up in The Mandalorian or Darth Maul in Solo. And that trend isn’t likely to change any time soon, as Diego Luna says there will be some cameos in his upcoming Andor series on Disney+.

“You’ll definitely see familiar faces,” Luna teased to Deadline. He continued, “I can tell you about this project like no other because I can’t spoil the ending if you’ve seen [‘Rogue One’] already. No matter what I say, I can’t ruin the ending.”

He’s got a point. The conclusion of Rogue One saw Cassian Andor and his entire team of rebels die to retrieve the Death Star plans. Nothing about the Andor series is going to change that, thank goodness, so Luna can be a lot more open about stuff that happens. That said, he’s not going to just spill which characters will show up. A safe bet is Alan Tudyk as the voice of K2SO, even though Tudy says that ain’t happening. I wouldn’t be surprised if Forest Whitaker returns as Saw Gerrera, either. He’s been playing that role as often as he possibly can, it seems.

Disney+ will premiere Andor sometime in 2022.