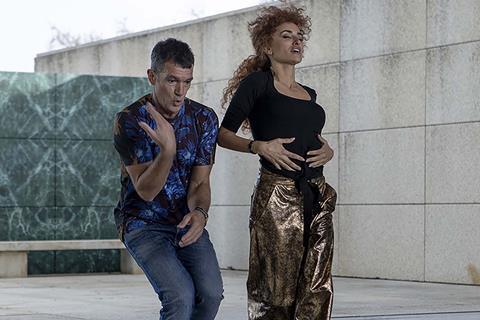 Festival season is really an all year round affair at this point, so the timing for a movie like Official Competition is always good. The comedy by Gastón Duprat and Mariano Cohn stars Penelope Cruz and Antonio Banderas, reunited in an effort to skewer the glitz, the pomp, the egos, the everything behind major international festivals like Cannes and Venice. Coincidentally, the film premiered at Venice last year, earning strong reviews.

Here’s the synopsis: In search of significance and social prestige, a billionaire businessman decides to make a film to leave his mark. To do so, he hires the best: a stellar team formed by famous filmmaker Lola Cuevas and two renowned actors, both enormously talented, but with even bigger egos: the Hollywood actor Félix Rivero and radical theater thespian Iván Torres. Both legends, but not exactly the best of friends. Through a series of increasingly eccentric challenges set by Lola, Felix and Iván must face not only each other, but also their own legacies.