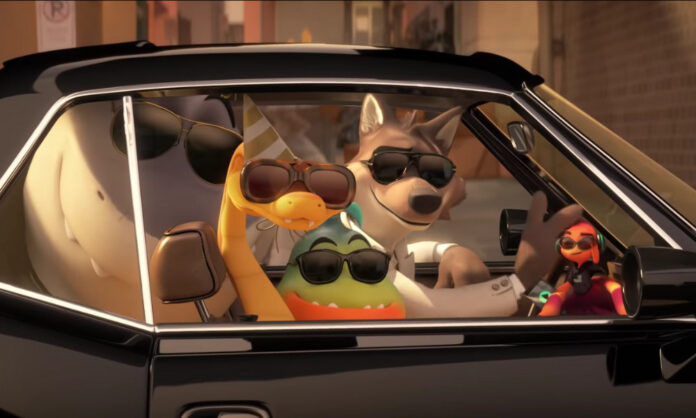 It’s not just superhero movies that audiences are willing to pay to see in theaters. Family films can still bring them out in droves, as evidenced by The Bad Guys‘ $24M opening weekend, pushing out Fantastic Beasts after just one week. Ouch.  The animated film about a group of criminals forced to do good has an excellent 85% Rotten Tomatoes score and an ‘A’ Cinemascore, so it’s doing well across the board. That includes internationally where it has racked up another $63M for an $87M total.

The problems continue to mount for Fantastic Beasts: The Secrets of Dumbledore, as Warner Bros. ponders whether to continue on with the Harry Potter franchise. A 67% drop is bad enough, but the $14M haul for this week is indicative of the poor debut last week. On the plus side, the film is doing well globally with $280M worldwide. Can international numbers keep sequel plans alive?

This is turning out to be a phenomenal season for specialty pictures, with Robert Eggers Viking revenge film The Northman kicking off three in a row on this list. A $12M debut for the the Alexander Skarsgard-led action film says a lot for how Focus Features marketed this as early summer blockbuster entertainment. This is easily Eggers’ most accessible film, with these numbers surpassing his two prior debuts, 2015’s The Witch ($40M worldwide overall) and 2019’s The Lighthouse ($18M ww overall).

A bit surprising that the more easily crowd-pleasing film, The Unbearable Weight of Massive Talent, only opened with $7M? Is it perhaps too much of a Nicolas Cage niche movie? In my review I wondered how this would play for non-Cage fans. Did they choose The Northman instead? Or perhaps Everything Everywhere All At Once?

Box Office: ‘Doctor Strange In The Multiverse Of Madness’ Conjures Up $185M Worldwide