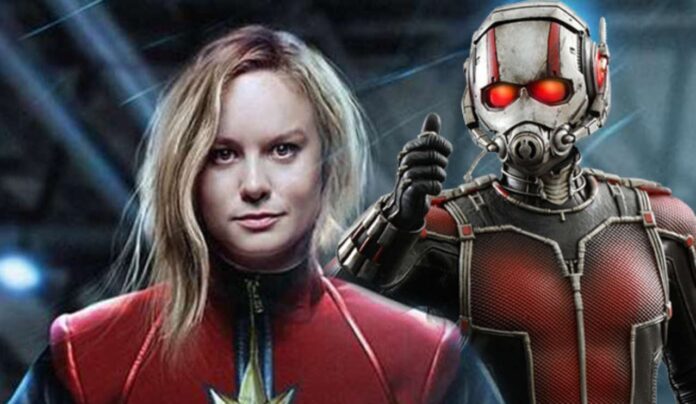 Good times, Ant-Man fans! You’re going to see Ant-Man & the Wasp: Quantumania a lot sooner than expected! Uh, fans of Carol Danvers aka Captain Marvel? You’ve got some waitin’ to do, because The Marvels has just swapped release dates with Ant-Man’s third movie.

Disney is flip-flopping dates for two of its 2023 films. Ant-Man & the Wasp: Quantumania, which will bring back Paul Rudd, Evangeline Lilly,  Michael Douglas, Kathryn Newton, Michelle Pfeiffer, and introduce Jonathan Majors’ Kang the Conqueror on the big screen, will arrive on February 17th 2023 instead of July 28th, moving up five whole months.

Meanwhile, The Marvels, basically a sequel to Captain Marvel, drops down from its February 2023 date to July 28th. That film will be directed by Nia DaCosta and feature not just Brie Larson as Carol Danvers, but Iman Vellani as Kamala Khan aks Ms. Marvel, and Teyonah Parris as Monica Rambeau as Pulsar/Spectrum/Captain Marvel/whatever name she’s going with.

So what does any of this mean? Probably nothing, except that neither film is going to have any Earth-shattering impact on the MCU. If that were the case they wouldn’t be able to be moved so easily.