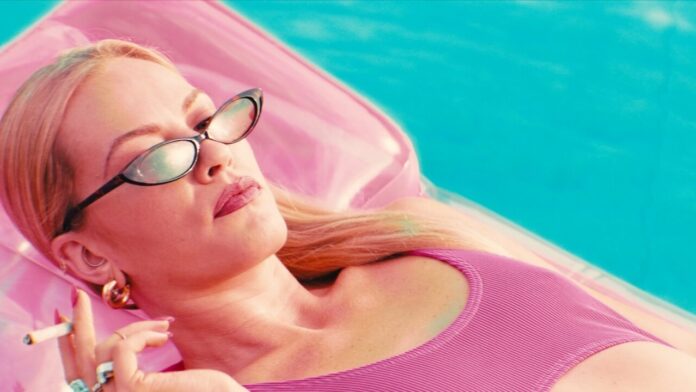 A group of lifelong friends head to the desert for the weekend with plans on growing their brand and witnessing a once in a lifetime meteor shower. Little did they know, they’re about to get way more than they bargained for. Influencers? Check. Secluded location? Check. Strange alien invaders? Check, check. Sam Walker’s feature debut The Seed has all the pieces needed for a good flick but will that be enough?

Our story begins with Deidre (Lucy Martin, Vikings), Heather (Sophie Vavasseur,Resident Evil: Apocolypse) and Charlotte (Chelsea Edge, I Hate Suzie) taking a little girls getaway to the Mojave Desert to do influencer things during the upcoming meteor shower. Nothing strange about that, right? Queue the invasive alien lifeforms falling from the sky and the beginings of a planet wide takeover. What started off as a fun weekend away for three childhood friends quickly devolves in to a fight for survival.

I love all manners of Horror, psychological to gory. Sprinkle in some Sci-Fi with a little comedy and I’m golden. So yes, 100% this movie should have been squarly in my wheelhouse but I just couldn’t stay focused on this flick. I found my eyes drifting from the screen multiple times during the 91 minute runtime. That’s not to say there wasn’t stuff going on but For a Horror/Comedy this was really lacking in both. I probably could sit here and list the things I disliked from the boring dialogue to the lack of an engaging story but I refuse to simply shit on someone else’s hard work. Sam Walker is doing something I have always dreamed of doing and that’s making movies. So instead, I’ll list the things I liked about The Seed. For one, the look and feel of it all took me back to the days of pouring through all the VHS tapes at my local video store trying to soak up every bit of horror I could find. It had eye catching practical effects and that gritty film feel to it. I love that kind of stuff and it’s something that is almost completly lost in today’s Horror. Secondly I liked the creature design for the rapey little armadillo alien. It had a charm about it and when he started doing his thing there were some pretty trippy visuals to boot. I may not have loved this movie but it has some redeeming qualities. Who’s to say you wont like it? I mean there’s a market for everything and not everyone has my taste in movies.

If the synopsis grabs your attention then head on over to Shudder where as of March 10th it’s streaming exclusively. It’s only and hour and a half of your time and who couldn’t use a short break from reality during these crazy days.

George A. Romero’s Lost Feature ‘The Amusement Park’ Has a Home On Shudder And A Fever Dream Of A Trailer