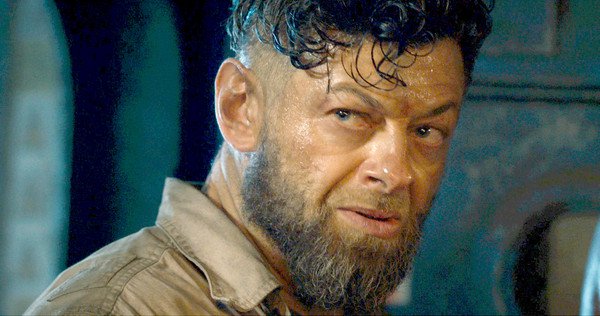 Andy Serkis has been part of nearly every major pop culture franchise in recent memory: Star Wars, Lord of the Rings, Marvel, Planet of the Apes, soon he’ll direct Venom 2, and next year he’ll be seen as Alfred Pennyworth in Matt Reeves’ The Batman. There have been many different portrayals of Bruce Wayne’s famous butler, the character even has his own TV series, but Serkis says his take will be different. Part of the reason is that Reeves’ film is darker than anything that has come before.

Speaking with LADbible, Serkis was asked if The Batman will be “darker, broodier” than prior films, and the actor responded, “I would say that’s not far from the truth.”

He continued, “It’s very much about the emotional connection between Alfred and Bruce. That’s really at the centre of it. And it is a really exquisite script that Matt has written.”

Every portrayal of Alfred focuses on a different aspect of his persona and personal history. Michael Caine’s was more of a personal mentor and father-figure, while the most-recent one played by Jeremy Irons was more of an armorer and strategist. Serkis says his will be different, as well…

“He [Caine] was fantastic. His Alfred was legendary, I couldn’t even begin to go there, really. You find it for yourself. It’s like playing these iconic roles in Shakespeare, you go back, you revisit them and you have to make it your own, and see what it is about the character that connects with you and your personal venn diagram.”