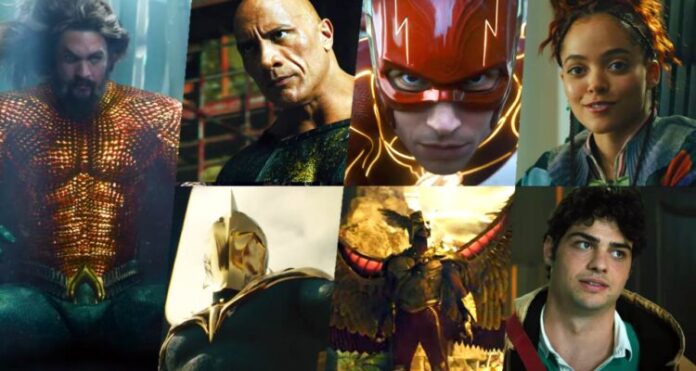 It’s a mixed bag if you’re hyped up for Warner Bros.’ upcoming DCEU slate. Four of their anticipated films have been delayed, two into 2023, while one has been moved up and will arrive this year.

So two Dwayne Johnson flicks have been pushed back a few months. Black Adam, which had been set to arrive on July 29th, will now open in theaters on October 21st, a three month delay. The Rock dropped the news on his fans like a ton of bricks, through his Instagram, of course.

Taking its place on July 29th is Johnson’s other DC Comics movie, the animated DC League of Super-Pets, in which he voices Krypto the Superdog.

Sadly, that’s not all. After being teased heavily for 2022 by the studio just weeks ago, both Aquaman and the Lost Kingdom and The Flash have been pushed into next year.

The Flash moves from November 4th 2022 to June 23rd 2023, while Aquaman 2 goes from December 16th to March 17th 2023. On the plus side, Aquaman will no longer square off against James Cameron’s Avatar sequel. THR blames COVID and a slow down in visual effects work for the hold-ups.

So things are a bit quieter in 2022, but not too quiet. There’s one piece of good news, and it’s that Shazam: Fury of the Gods has vacated its June 2023 slot and moved up! It will take Aquaman‘s December 16th date and will now open this year.

When all is said and done, DC fans will get The Batman, DC League of Super-Pets, Black Adam, and Shazam: Fury of the Gods all in one year. That’s not too shabby.