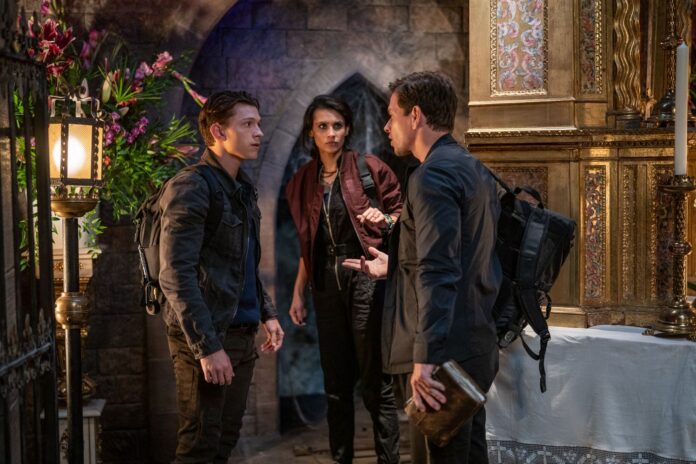 I want a year like Tom Holland’s having! First Spider-Man: No Way Home (which we’ll also talk about in today’s list) breaks records and then Uncharted which, by all accounts, was going to be a bomb, a mess, and a disappointment. While I suppose some would argue to the affirmative of those things, $44M in the new normal can’t be considered a disappointment, really. Moreover, people seem to be digging the film. Yes, it could have been much more.. but it’s fine as it is. A popcorn flick full of fun and charm.

Coming in a distant second, Channing Tatum’s “road trip with a pooch” picture, Dog pulled in a totally respectable $15M. Respectable, but surprising that the take wasn’t a bit more given the positive critical response and the fact that, historically, movies with a certified superstar and a canine co-star are just about a sure thing.

So….a tenth place start doesn’t exactly scream “Light the world on fire!” but don’t let the box office take put you off of this flick, The Cursed is a DAMN good werewolf flick and one that actually adds to a mythology that’s been almost stagnant for 50 years. I have a feeling this will hold a spot in the top 10 for a while as word of mouth spreads.