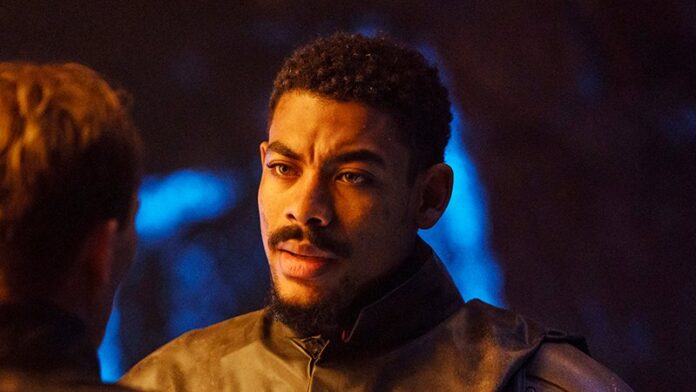 For a film with no actual release date yet, Blade might be the most anticipated Marvel Studios movie. It definitely is for yours truly, because I want to see if they can possibly top the Wesley Snipes flicks. Announcing Oscar winner Mahershala Ali back in 2019 (!!!) was a damn good start, followed by the genius addition of Delroy Lindo. And now the cast has a new addition, one with comic book experience and even a tie to the original Blade movies.

Deadline reports Aaron Pierre has joined the Blade cast in an unknown role. While Pierre isn’t a big name yet, he’s appeared in Barry Jenkins’ The Underground Railroad series, and the DC Comics show Krypton for two seasons.  Krypton was produced by David S. Goyer, who happened to be the writer of the previous Blade movies and director of Blade Trinity.

Blade will be directed by Bassam Tariq (Mogul Mowgli) from a script by Watchmen writer Stacy Osei-Kuffour. How closely will it stick to the comics or the earlier films? Who knows? But expect lots of sword-swingin’, vampire killin’ action no matter what.