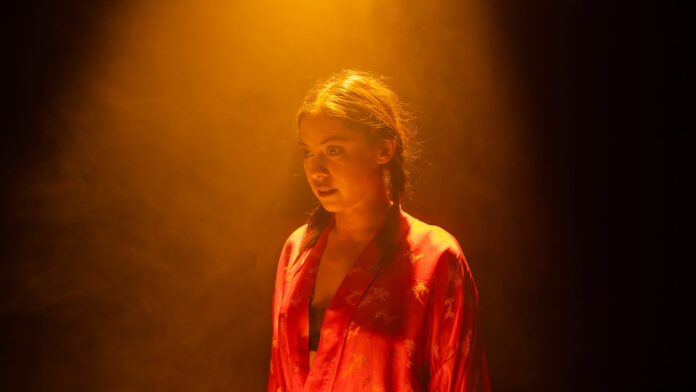 John Malkovich, Thomas Mann, and Rosa Salazar star in the sci-fi film, Chariot. That’s an intriguing cast writer/director Adam Sigal has put together, and the premise combines elements of romance and reincarnation, like Eternal Sunshine of the Spotless Mind meets Reminiscience. How well this gels into a cohesive story is unclear based on this new trailer, which seems unfocused to me.

Here’s the synopsis: In this dark and twisted thriller, John Malkovich stars as Dr. Karn, an odd, eccentric specialist who guides unknowing patients through the reincarnation transition. When Harrison (Thomas Mann) experiences mysterious recurring dreams, he turns to Dr. Karn for help and reveals his encounter with a woman (Rosa Salazar) he loved in a previous life. Noticing a glitch in the system, the doctor must fix the issue before permanently derailing his patient’s future.

Also in the cast are Scout Taylor Compton, Chris Mullinax, Shane West, and retired Washington and San Francisco 49ers tight end Vernon Davis. Since when did he start acting?

Salazar is best known for her roles in The Maze Runner and Alita: Battle Angel, while Mann starred in Me and Earl and the Dying Girl among many others. Malkovich is a legend and probably needs no introduction, right?

Chariot opens in theaters and VOD on April 15th.

‘Marcel The Shell With Shoes On’ Trailer: Jenny Slate Voices A Seashell’s Emotional Journey This Summer