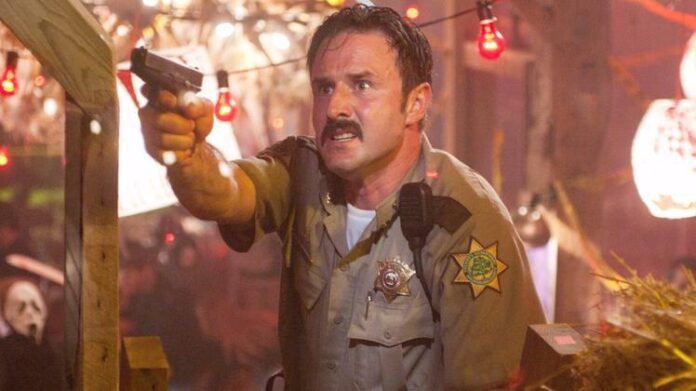 The gang is getting back together again for the Scream relaunch. Can the Ghostface be far behind?  According to Deadline, David Arquette will suit up as the dim-witted but lovable Sheriff Dewey Riley in the upcoming Scream film from the directing duo of Radio Silence.

Details on the film are still being kept under wraps, but it seems they are sticking with the usual formula, with a few new added characters. Not only is Arquette coming back, Neve Campbell confirmed she is in talks to return as Sidney Prescott. James Vanderbilt and Guy Busick are writing the new script.

Arquette said about the news, “I am thrilled to be playing Dewey again and to reunite with my ‘Scream’ family, old and new. ‘Scream’ has been such a big part of my life, and for both the fans and myself, I look forward to honoring Wes Craven’s legacy.”

Scream will begin filming in North Carolina once restrictions have been lifted and the studio gives the okay.