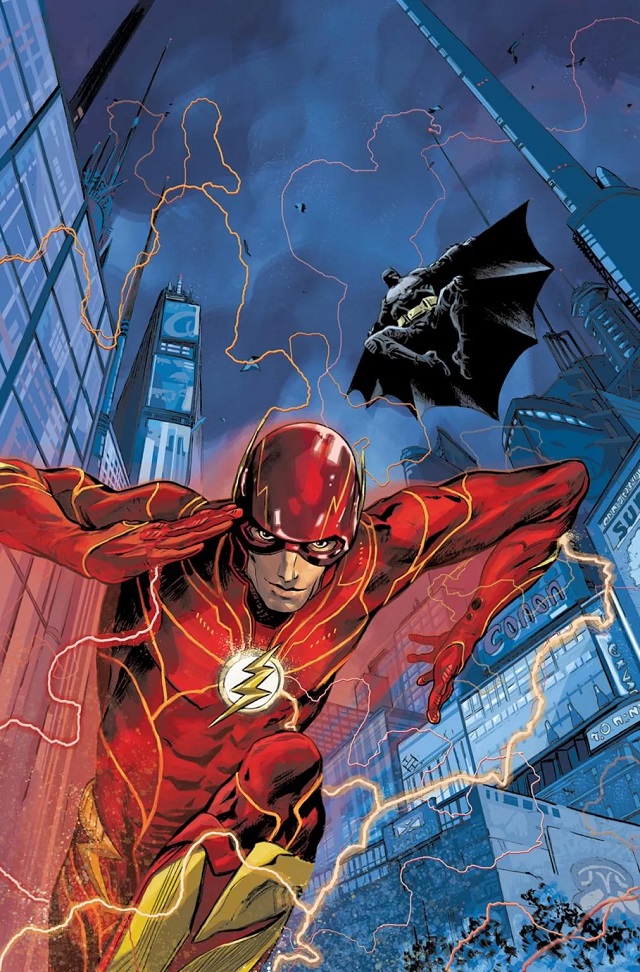 When The Flash finally opens in November, it’ll mark the final time we see Ben Affleck as Batman in the DCEU. If you’re like me and actually dug him as the Dark Knight, that’s pretty sad and you might hope for a bit longer run with him. Well, DC Comics has come to the rescue. The film will receive a 3-issue comic book prequel that will feature Affleck’s version of Batman teaming up with the scarlet speedster. And yes, it will be in canon with the DCEU.

The Flash: The Fastest Man Alive will run for three issues from April 26th to July, penned by Kenny Porter and penciled by artist Ricardo López Ortiz. There will also be a variant cover drawn by the film’s director, Andy Muschietti. That’s pretty cool. Issue #2 will see artist Juan Ferreyra come aboard, with Jason Howard on the third and final issue.

As for the story, here’s the synopsis:

Barry Allen’s world-saving adventure with the Justice League has driven Central City’s favourite son to become a truly skilled and inspirational Super Hero. But when a new threat by the name of Girder emerges in Central City, Barry turns to Batman for advice on training to master his powers. Under the Dark Knight’s tutelage, The Fastest Man Alive will have to find a way to defeat this metallic menace or be crushed by Girder’s strength.

Sounds like an appropriate way for Batman to spend his final adventures, mentoring The Flash to be the best hero he can be. It was a theme we saw introduced in Justice League, and I expect it will continue after Michael Keaton returns.

The Flash opens in theaters on November 4th.