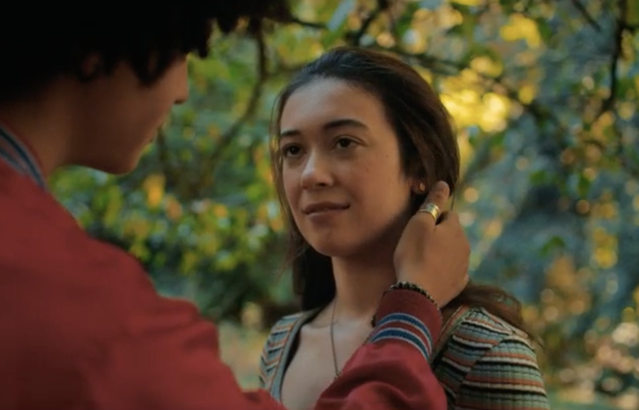 Netflix might have the market cornered on teen romances, but Apple is looking to change that with The Sky is Everywhere. Adapted for the screen by author  Jandy Nelson, the film is directed by  Josephine Decker, following up on her acclaimed psychological thriller Shirley. This is quite the departure from that, however, although the emotions involved are just as impactful.

Grace Kaufman (Bad Teacher)  stars as Lennie, a California teen and musical prodigy coping with the sudden death of her older sister. Things get complicated by the confusing relationship she has with her sister’s ex, and a charismatic new kid at school who shares her passion for music.

The Sky is Everywhere hits theaters and Apple TV+ on February 11th.