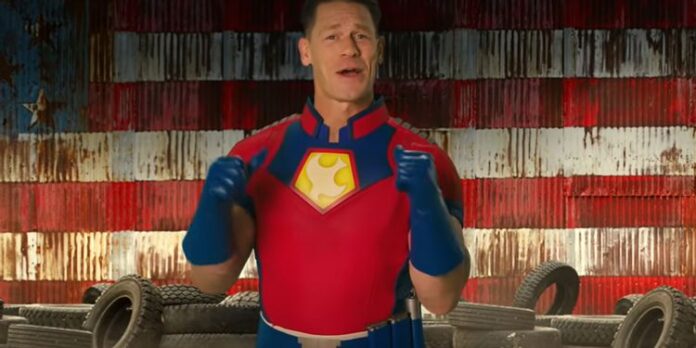 Even though The Suicide Squad failed to be a huge hit at the box office, it was one of the most heavily viewed films on HBO Max in 2021.James Gunn quickly left his mark on the DCEU with the irreverent, R-rated superhero flick, and he’s taking that to the next level with Peacemaker, a spinoff centering on the walking contradiction that was John Cena’s character.

Peacemaker aka Christopher Smith was one of the dirt worst that Task Force X had to offer in The Suicide Squad, ultimately betraying his team and being left for dead. The series picks up after those events, when he’s sent on another mission that will go wildly out of control. But it’s also an exploration of his origins and his unusual philosophy, which is to do literally anything, including kill wantonly, to achieve peace.

Joining Peacemaker is a ragtag group, including a couple of people who are doing their penance for betraying Amanda Waller in The Suicide Squad. And as we see in the footage, Peacemaker also has a trusty bald eagle sidekick capable of doing some serious damage. We also see Robert Patrick as Peacemaker’s father, Auggie Smith, Danielle Brooks as Adebayo, Freddie Stroma as Vigilante, Jennifer Holland as Harcourt, Steve Agee as Economos, Chukwudi Iwuji as Murn, and Nhut Le as the ridiculous Judomaster.

PEACEMAKER will explore the origins of the character that John Cena first portrayed in James Gunn’s 2021 film, “The Suicide Squad” – a compellingly vainglorious man who believes in peace at any cost, no matter how many people he has to kill to get it. Gunn wrote all eight episodes of PEACEMAKER and directed five, including the first. Gunn, Peter Safran, and Matt Miller serve as executive producers on the series, with Cena as co-executive producers. Based on characters from DC, PEACEMAKER is produced by Gunn’s Troll Court Entertainment and The Safran Company in association with Warner Bros. Television.