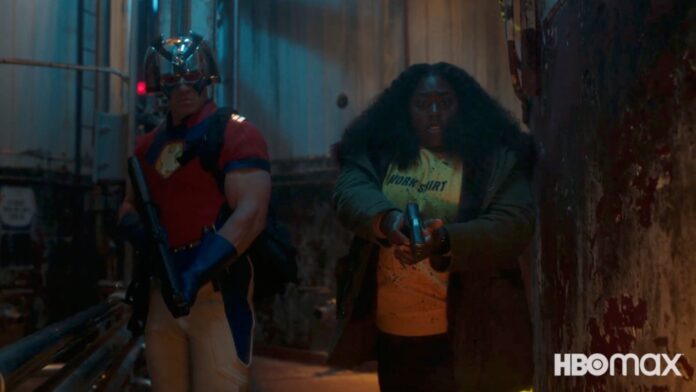 James Gunn has left an indelible mark on superhero movies with an offbeat, irreverent style that combines R-rated violence and humor with eclectic soundtracks. It’s actually something he was doing in the genre for a long time, on films such as The Specials and later, Super. But it was his blockbuster work on Guardians of the Galaxy and most recently The Suicide Squad that have led up to this moment, Gunn’s eagerly-awaited HBO Max series Peacemaker because the gloves are definitely off.

If you dug the over-the-top gore and violence of Gunn’s previous stuff, including in The Suicide Squad, then the latest Peacemaker trailer suggests you’ll get plenty of it. John Cena returns as Christopher Smith aka Peacemaker, an utter douchebag who thinks he’s as patriotic as Captain America when he’s really the Punisher.

The last we saw of Peacemaker he had been mortally wounded trying to kill off his Suicide Squad teammates. Closing credits revealed that he actually survived, and is being put on another mission joined by two of the agents who betrayed him in the first place, played by the returning Steve Agee and Jennifer Holland. Also in the cast are Danielle Brooks, Freddie Stroma, Chukwudi Iwuji, and Robert Patrick.