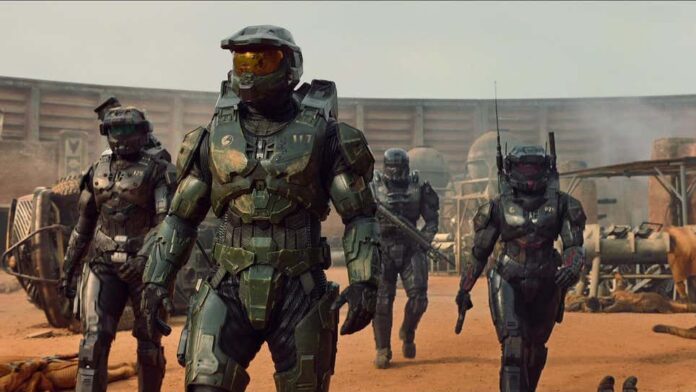 I’ve been looking for that series to get me subscribed to Paramount+. Halo might be it. The long-developing adaptation of Bungie’s awesome shooter game (I just beat Halo Infinite’s campaign mode, probably the best yet.) is finally arriving in March, and there’s a new trailer that offers our first good look at the alien Covenant.

Pablo Schreiber stars as Master Chief, the unstoppable super-soldier who leads humanity’s forces in the 26th century against the Covenant threat. Natascha McElhone plays UNSC scientist Dr. Catherin Halsey, who is quite instrumental in the development of Master Chief and his digital sidekick, Cortana, voiced by Jen Taylor who voices her in the game, as well. Also in the cast are Yerin Ha, Charlotte Murphy, Shabana Azmi, Bokeem Woodbine, Olive Gray, Danny Sapani, and Kate Kennedy.

The outbreak of COVID-19 led to a shutdown in production mere days before shooting was to begin in March 2020. Before that, the adaptation went through numerous iterations, with Steven Spielberg attached when the show was to arrive in 2015. A lot has changed since then. On board now is Otto Bathurst (Robin Hood) as producer, with a list of directors that includes Roel Reine, MJ Bassett, Jonathan Liebesman, and Bathurst himself.