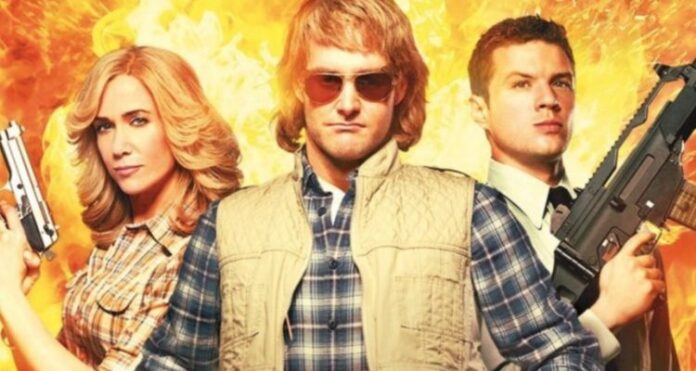 You know him for making life saving inventions out of household materials. You know he knows how to get in and out of sticky situations. Now our favorite Saturday Night Live survivalist is back in Peacock’s new trailer for MacGruber.

The eight episode series will air on NBC’s streaming platform December 16. Joining Will Forte as the titular character are his trusty sidekicks from the 2010 movie, Kristen Wiig as Vicki St. Elmo and Ryan Phillippe as Dixon Piper. Laurence Fishburne, Sam Elliot and an evil beret-wearing BillyZane also star.

Time has clearly not been kind for MacGruber as he will start the series out in prison for allegedly committing a series of murders. Recruited by Fishburne’s General Barrett Fasoose, our hero and his team must face a villain from his past. Full of explosions, quippy one-liners, and overdramatic hilarity, MacGruber is sure to deliver laughs this holiday season.