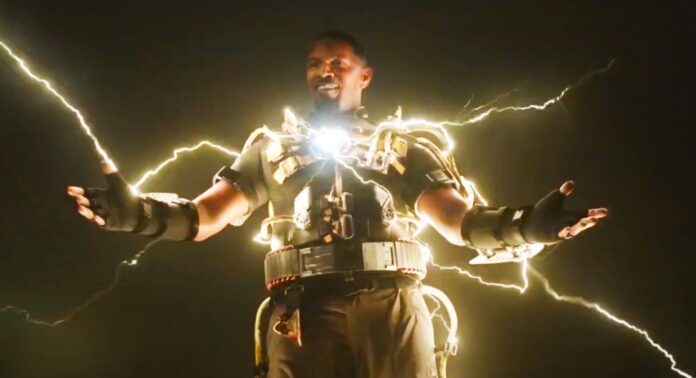 Of all the Spider-Man franchise characters we’d least expect to get their own movie, Electro is probably one. Well, that is before Spider-Man: No Way Home, and the reclamation project led by Jamie Foxx’s showstopping performance. I mean, he made Electro super cool and a Helluva lot better than he was in 2014’s The Amazing Spider-Man 2.

So here come the rumors about the future of Electro. Murphy’s Multiverse says “Sony is now interested in developing an Electro solo project starring Foxx.”

As weird as this sounds, I quite like the idea. The Max Dillon/Electro we saw in No Way Home was so different than before, and they did a lot of work in giving him a moment of reflection alongside Andrew Garfield’s version of Spidey. If we were to see Electro again, chances are he’d be trying to atone for his crimes, which is a pretty good starting point for a movie.

Keep in mind this is all rumor for now, and Sony has a lot of projects coming up already. If true, I’m guessing an Electro movie would be far down the road.