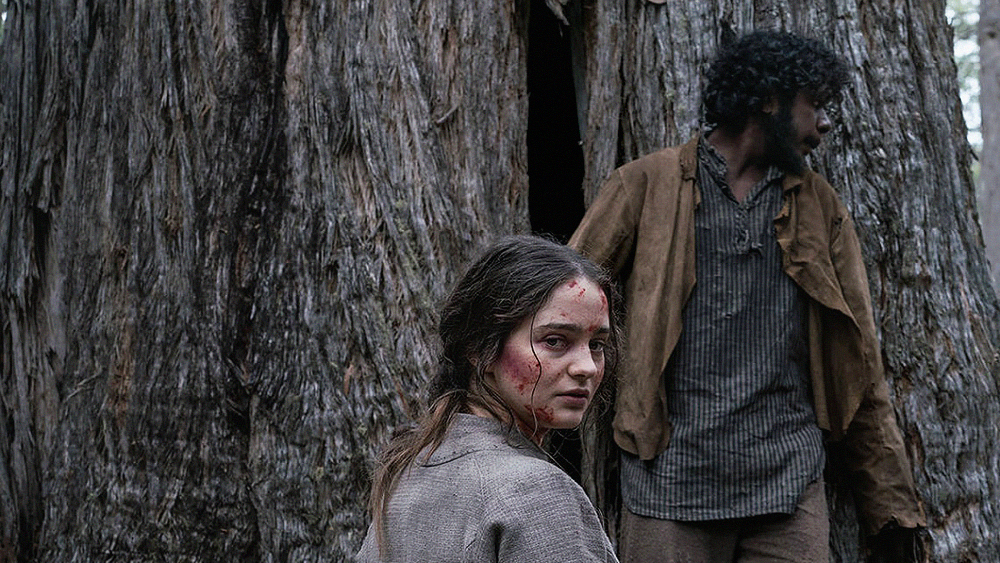 Similar to director Jennifer Kent’s use of the horror genre to explore a mother’s grief in The Babadook, the rape-revenge genre takes on female rage in her followup, the grisly and unflinching The Nightingale. A period piece that is decidedly unromantic in every way, it’s a film powered by anger at an era of great injustice, where women and Aboriginals suffer under the boot heel of powerful, privileged British white men. It’s not too hard to draw a straight line from the atrocities committed in this film to our time, although the extremes Kent goes to show it is tough to endure.

Set in 1825, during a time of great conflict known as “The Black War”, British forces have begun a brutal takeover of Tasmania, where the native peoples are either exterminated or ostracized. Slave labor pulled from other undesirables, in particular, the Irish, is used to fuel their colonization. Clare (Aisling Franciosi) is an Irish convict who has worked off her sentence and hopes to be set free so she can live happily with her husband and infant child. Unfortunately, she has Lt. Hawkins (a truly repulsive Sam Claflin) as her master, and he has used her for a lot more than slave labor. He’s not so willing to let her go, and when Clare’s husband confronts him after learning she’s been abused, it ends with an act of violence so horrific it defies description. With nothing left to live for, Clare takes up a rifle and bribes Billy (Baykali Ganambarr), an aboriginal tracker with a serious hate for the colonizers (“I fuckin’ hate the English!”), to guide her through the dangerous lands and catch up with Hawkins so she can get vengeance. 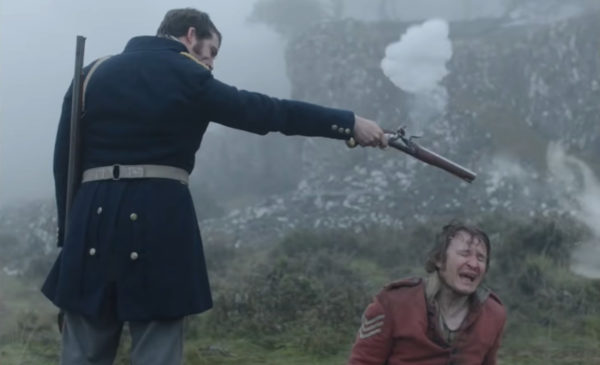 I’m not sure a male director could get away with the liberties Kent takes in depicting the brutal rape Clare suffers through from Hawkins and his men. I get what she’s doing; it’s important to understand the depths some men will go to in dominating women, just as it’s crucial to know the torture Clare, and by extension all women, were forced to live with. Kent’s message is effective, and never crosses into exploitative. Some will see it differently; I remember the stories from my Sundance colleagues too shook to stay the length of the picture. This is what real horror looks like. It’s not guys in hockey masks with butcher knives. It’s in the everyday inhumanity that we have shown one another throughout history. The Nightingale isn’t that much different from other revenge thrillers, except for the historical context and its blunt, graphic nature.

That Kent has done all of this in favor of a simple revenge story makes perfecting the details all the more important. There’s nothing glamorous or colorful in this colonial era, where everyone looks as if they haven’t bathed in a year. You can practically smell the stink of the males’ hot breath in Clare’s face. It’s enough to make your stomach turn. So, too, is the performance of Sam Claflin. As Hawkins, he is so disgusting and awful, committing acts of savagery against men, mothers, and children alike, that it’ll be hard to see Claflin as anything else for a long time. 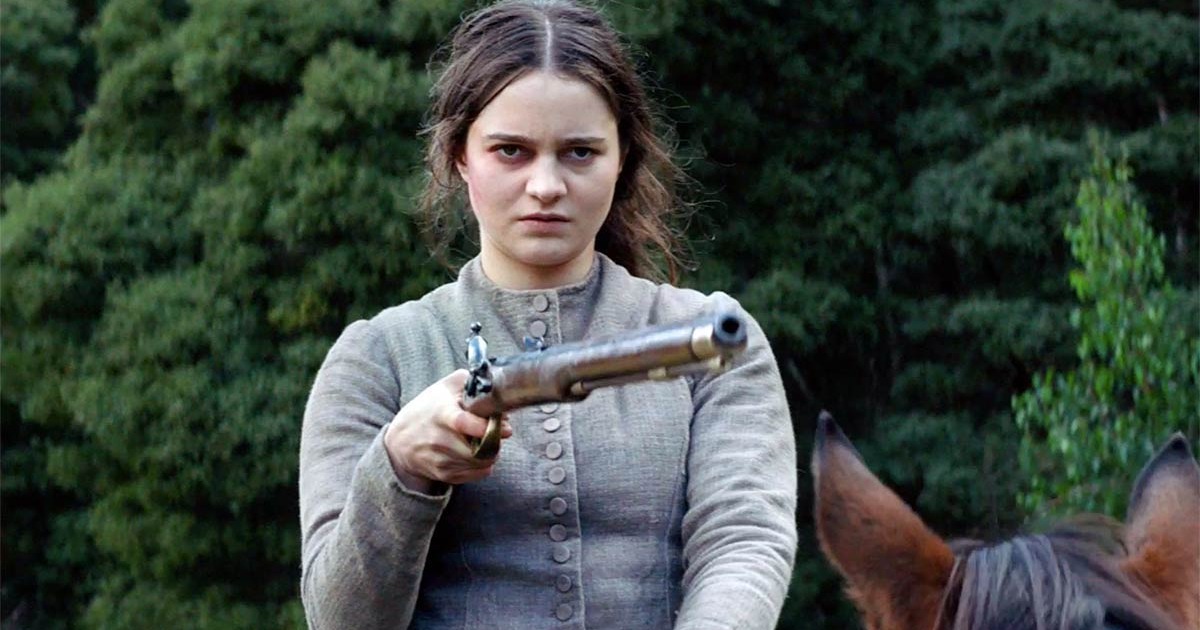 The dynamic between Clare and Billy is an interesting, complicated one. On the surface, they are both exploited minorities, but even between them there is a social hierarchy. Upon first meeting him, Clare refuses to be escorted by “a black”, showing that even a convict with absolutely nothing can feel superior to another. Billy is seething with an outrage of his own at watching his native home taken over by invaders, his family separated and possibly wiped out. He, too, should be thirsting for vengeance but turns away from it at every turn. Together, they face a journey where they are constantly under threat by white men who rape or shoot on sight. The peril they face isn’t enough to keep the nearly 2 1/2-hour film from plodding, and Kent seems unsure how to wrap up her female protagonist’s quest for payback. We see the roles switch rather oddly, with Billy stepping into a spotlight that clearly wasn’t meant for him. It’s possible Kent was trying to offer her characters a little bit of the freedom they had long been denied. But freedom comes in different forms, and certainly for Clare and Billy, who come from vastly different worlds, it doesn’t mean the same thing.

The Nightingale, much like many other historical drama with depictions of slavery, genocide, and rape, isn’t a movie you enjoy. You hope to survive the experience. I’m not sure it’s a film anyone will get a sudden yearning to revisit. Fortunately, Kent does such a potent job that once is more than enough.