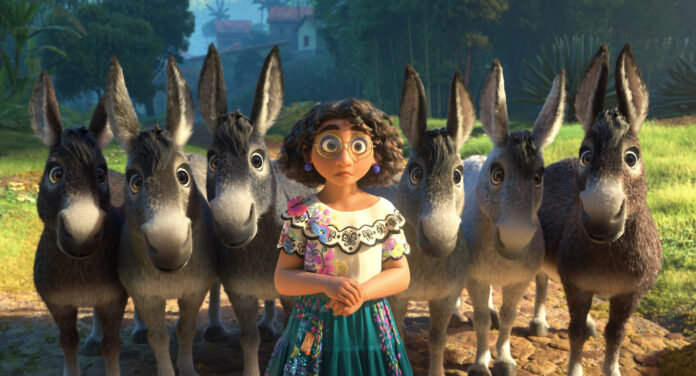 In what is historically one of the worst box office weekends of the year, Disney’s 60th animated movie Encanto beat a bunch of holdovers pretty easily. The film fell 53% for $12.7M and a $57M total domestically, while overseas has been better, taking its worldwide number to $116M.

With much of the marketing buzz surrounding flashy, possibly Oscar-contending performances by Lady Gaga and Jared Leto, House of Gucci strutted its stuff to $6.7M and $33M domestic in week two.

On a dead weekend such as this, there is plenty of room for a perfectly-timed release to dominate. Such was the case for Fathom Events’ special release of Christmas With the Chosen: The Messengers, a faith-based film about the birth of Christ from Mary and Joseph’s perspective. I’m actually quite surprised there was no attempt to move up American Underdog, a faith-based film that also involved the NFL, so it could take advantage.

So far the Resident Evil gamble doesn’t seem to be paying off. The rebooted franchise, based on the hit Capcom horror games, made just $2.6M in week two for $13M. Ouch. Worldwide it only has $25M, which is way below what the Milla Jojovich films used to do overseas.