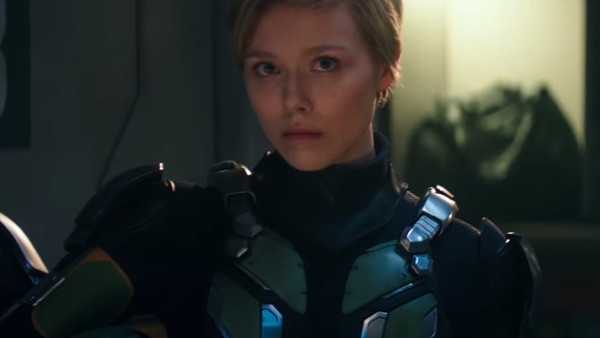 Spinning out of The Mandalorian series on Disney+, Ahsoka is shaping up to be the next big thing in the live-action world of Star Wars. With Rosario Dawson set in the title role, and Natasha Liu Bordizzo recently cast as Sabine Wren, the series has now added a third key role as Ivanna Sakhno has joined.

The news comes from Variety, who have no information on what Sakhno’s role might be other than it’s believed to be a new character. The Ukrainian actress is probably best known for her role in Pacific Rim: Uprising, and also the High Fidelity series on Hulu.

So far I’m digging how Ahsoka is shaping up to be a very female-fronted show. They’re also clearly holding out on revealing the casting of Ezra Bridger and Thrawn, who are lost and being tracked down by Ahsoka and Sabine. I feel like Sakhno could be the other side of that equation and possibly a character connected to Thrawn. He has to have Imperials who are out to find him, too, right? Something tells me she’d make a perfect Inquisitor.