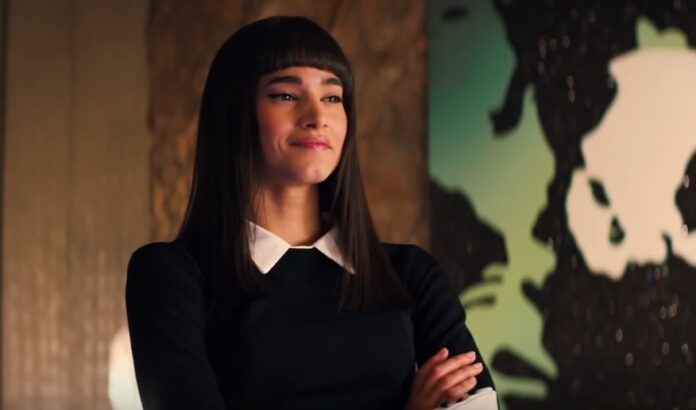 Things are looking up for Zack Snyder, not just because his Army of the Dead franchise has taken off at Netflix. More than just about any filmmaker he’s been able to keep past projects alive, such as the recent release of the Snyder Cut of Justice League. And now another project that he once pitched to Lucasfilm as a Star Wars spinoff is alive and casting its first star.

Deadline reports that Kingsman actress Sofia Boutella is set to star in Rebel Moon, the samurai-esque Star Wars film that Snyder tried to turn into a movie at Lucasfilm. It was to be his take on an Akira Kurosawa classic, Seven Samurai, only set in a sci-fi landscape. Pretty cool idea, really, which is why Netflix swooped in to nab it.

Boutella has been busy since breaking out with Kingsman: The Secret Service, especially in franchise flicks. She’s had key roles in Star Trek Beyond, Atomic Blonde, The Mummy, Hotel Artemis, and more including the terrific sci-fi film Settlers and the wacky Nic Cage thriller Prisoners of the Ghostland.

No word on a release date but 2023 seems likely as he’ll tackle it before his sequel Planet of the Dead. He’ll direct Rebel Moon from a script he co-wrote with Shay Hatten and Kurt Johnstad. Here’s the synopsis:

“‘Rebel Moon’ takes place on a peaceful colony on the edge of the galaxy that is threatened by the armies of a tyrannical regent named Balisarius. Desperate people dispatch a young woman (Boutella) with a mysterious past to seek out warriors from neighboring planets to help them make a stand.“