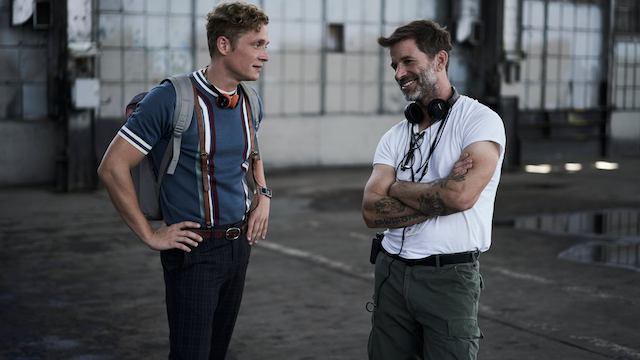 This might be the most important year of Zack Snyder’s career, and it has little to do with the release of his Justice League cut. Snyder has partnered with Netflix on an entire franchise springing from Army of the Dead, including this week’s spinoff prequel Army of Thieves. And now Snyder has revealed to Inverse the title to his zombie sequel is Planet of the Dead.

So in Army of the Dead, a ragtag bunch break into a zombie-infested Las Vegas in search of riches. Most of the characters perished, and that appeared to include fan-favorite safe cracker Dieter, played Matthias Schweighöfer.  In Army of Thieves, we get an origin story of sorts for Dieter, with Schweighöfer returning to star and direct the film.

“But the real adventure would be to see what happened to him when that safe door closed. Did he get killed by Zeus or not? What happened? We don’t see him die on camera, and there’s still some time left,” teased Snyder. “I won’t tell you what happens in ‘Army of the Dead 2’ — aka ‘Planet of the Dead’ — but let’s just say that there’s a chance Dieter survives. And there’s a chance that brush with death would have caused him to want to find a jailed Gwendoline.”

I mean, he basically just told us that Dieter didn’t die and that he has a new plan already. The Gwendoline referred to is Nathalie Emmanuel’s character introduced in Army of Thieves, which opens on Netflix this Friday.