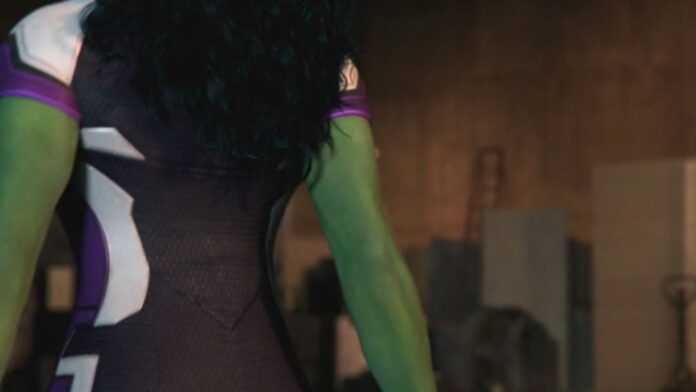 “Don’t make me angry. You wouldn’t like me when I’m angry.”

Of course, we all know those words, famously attributed to Bruce Banner aka the Hulk. But they also now apply to Banner’s cousin, Jen Walters in the new Disney+ series She-Hulk. The first teaser arrived for the upcoming series as part of Disney+ Day, with Orphan Black‘s Tatiana Maslany playing the lean, mean, sexy, green machine who can file an objection like nobody’s business.

That’s because Jen is also a lawyer, with the show described as much as a courtroom comedy as a superhero show. In the footage, we see Mark Ruffalo return as Banner, granting She-Hulk her gamma powers, which allow her to transform into a green powerhouse, complete with purple and white costume that’s clearly a throwback to her original suit in the comics.

Also in the cast are Tim Roth, who returns as the Abomination, plus Jameela Jamil as Titania, along with Ginger Gonzaga, Renée Elise Goldsberry, Anais Almonte, and Josh Segarra.

She-Hulk arrives some time in the second half of 2022 with Jessica Gao as showrunner and directors in Kat Coiro and Anu Valia.