Martin Scorsese is firmly on the side of streaming, following his partnership with Netflix on The Irishman and his latest deal with Apple for next year’s Killers of the Flower Moon. And things must be going well with Apple but Scorsese is reportedly ready to get started on his next film, a Grateful Dead biopic.

According to Deadline, Scorsese’s next film is said to be a biopic about rock group The Grateful Dead. And starring as the group’s late frontman? Jonah Hill. The two previously worked together on The Wolf of Wall Street, which earned Hill an Oscar nomination for Best Supporting Actor.

The screenplay is by the duo of Scott Alexander and Larry Karaszewski, known for their current work on American Crime Story: Impeachment, as well as films including Dolemite Is My Name, Man on the Moon, and the Problem Child movies. 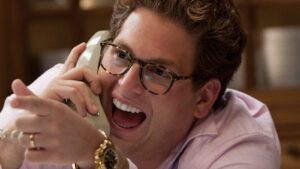 The Grateful Dead have been counterculture icons since the 1960s, and even after the death of Garcia in 1995 their fanbase has stayed strong. Scorsese has done more than his share of rock docs so this is an area he’s passionate about and should work well with Apple.