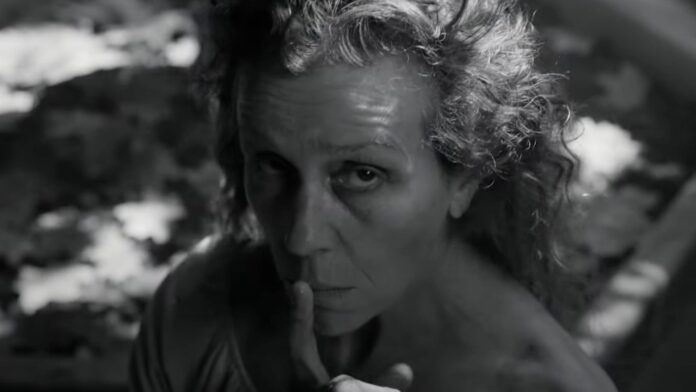 The Tragedy of Macbeth, Joel Coen’s solo directing debut, has been out in theaters for a couple of weeks. The response? It’s probably going to get a Best Picture nomination, and with stars Denzel Washington and Frances McDormand giving heavyweight performances of one of the Bard’s greatest works, probably some acting nods, too. But the Apple TV+ audience might not know all of that, so as it heads to the streamer next week a new trailer has arrived.

Coen wrote and directed this adaptation of Shakespeare’s tale of murder and ambition, filmed entirely in black and white on different sound stages. Joining Denzel and McDormand in the cast are Corey Hawkins, Brendan Gleeson, Harry Melling, Moses Ingram, and Ralph Ineson.

The Tragedy of Macbeth received a limited theatrical run over Christmas and will stream exclusively on Apple TV+ beginning January 14th. You can check out my review here.

Denzel Washington In The MCU? Michael B. Jordan Has “Some Ideas” How To Make It Happen