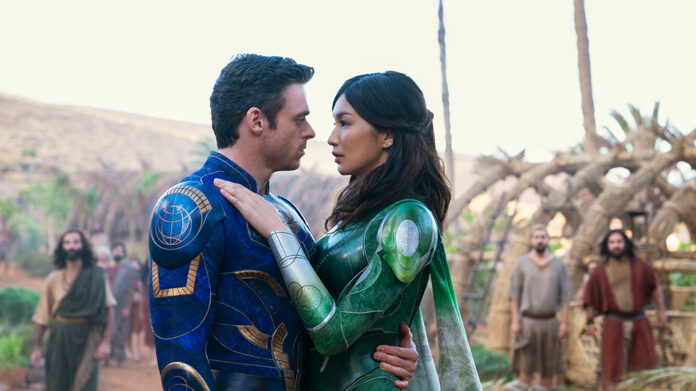 While the build up to Marvel’s latest epic, Eternals didn’t match their usual fanfare with reviews being decidedly less favorable then they’re used to that didn’t stop the media giant from nailing yet another #1 hit. In years past a $71M weekend would have been a failure but in this pandemic world I would say this is a win for the mouse house. It does make you wonder how the film would have faired if it followed a ‘Disney Premier Access’ model and sold the film on it’s streaming service at the same time.

The iconic sci-fi title suffered a 50% loss in revenue in it’s second week, but with it’s day/date release with HBOMax drops these high are somewhat expected. The good news? We’ve already got word that part 2 has been greenlit

Continuing to surprise the Venom franchise nears $200M and keeps a place in the top 5 some six weeks after release.

Spooky season ended hard and took the box office totals for Halloween Kills with it, suffering the largest drop of the week with 73% less filmgoers buying a ticket

The royal appeal of Kristin Stewarts stunning turn as Lady Di wasn’t enough to bring in crowds, turning in a paltry $2.1M in it’s opening weekend. This one seemed like a perfect fit for a coordinated release in theaters and on streaming but sadly, the theater is the only place to see this film at the moment. Not to worry Spencer investors, I have a feeling this film has started slow but will have the legs to keep it going through January as word spreads about the, quite possibly, awards caliber performance by K Stew.