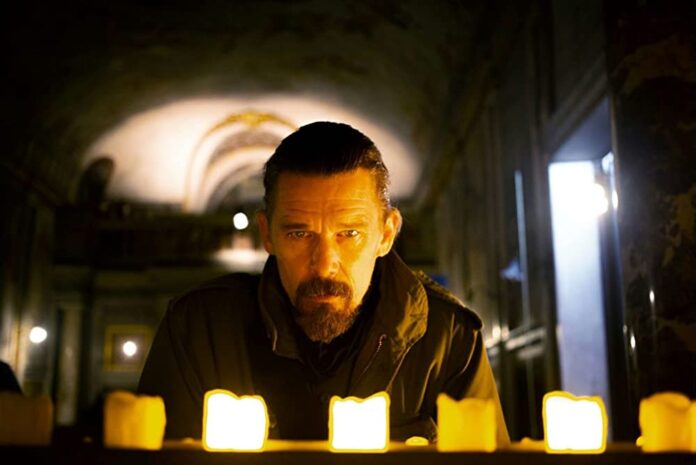 Fans of veteran director Abel Ferrara have come to expect the unexpected, and that certainly hasn’t changed. He remains busier than ever, with five films over the last couple of years, and with his new thriller Zeros and Ones he takes the idea of global lockdown and gives it a new spin with Ethan Hawke along for the ride.

Zeros and Ones opens in select theaters and VOD on November 19th.

In the aftermath of an apocalyptic siege, Zeros and Ones follows the American soldier JJ as he navigates a locked-down, murky world of fear, paranoia, and eventual hope in the shadow of the Vatican. A war between history and the future plays out until dawn breaks. A casbah-esque landscape of noir streets, the feeling of Paris at the end of the occupation – but set in today’s post-modern, ancient and unchangeable Rome.