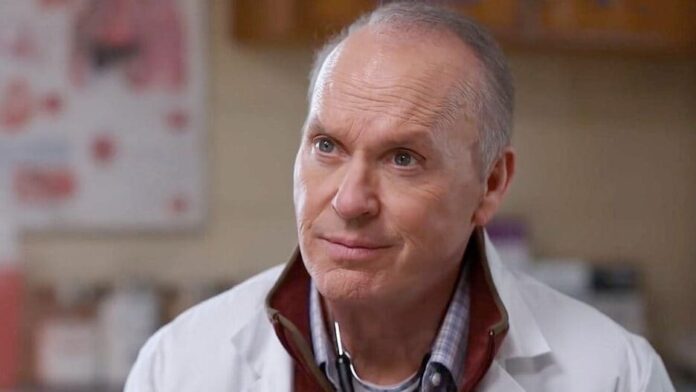 For years the Sackler family have operated Purdue Pharma, the company responsible for creating and marketing the opioid, Oxycontin. Hulu’s Dopesick brings the once anonymous family business to the forefront while also highlighting the doctors, patients, pharmaceutical reps, and government officials on the frontlines of the opioid epidemic.

Based on Virginia-based Beth Macy’s book, Dopesick: Dealers, Doctors and the Drug Company that Addicted America, the miniseries confusingly jumps back and forth in time, covering the drug’s origins to its mismarketing to the Sackler’s fall from grace. With six plotlines told out of order, these jumps are frequent and confusing.

Creator Danny Strong (Empire, Gamechange) wrote most of the episodes. While his signature quippy and politically aware dialogue is there, too many plates are spinning on for the viewer to dive right into the story. One wonders if the show would have been better served if each episode followed a different aspect of the crisis before weaving them together later.

With six such strong perspectives, some are stronger than others. Rosario Dawson’s newly-married DEA agent Bridget Meyer, is a slow burn. As her drive to find some sort of accountability for the crisis heightens, her marriage starts to fall apart and there’s a personal toll taken. Michael Keaton, arguably the star of the piece, plays a rural Virginia doctor who treats Kaitlyn Dever’s Betsy. His story starts out the most promising, a well-trusted physician lured into the Oxycontin game with the FDA guarantee that it was less than 1% effective.

Danny Strong’s script shines the brightest when left in the hands of Peter Sarsgaard and John Hoogenakker. As two well-intentioned Assistant U.S. Attorneys in Virginia tasked with finding a legal angle to hold those responsible accountable, the two bring levity to a dense and tense show. Hoogenakker is witty and relatable while the more morally driven Sargaard is the perfect straight man. Strong weaves a true crime/mystery narritive through their plot, easily making it the most compelling.

Will Poulter also gets some juicy dialogue to work with from Strong and the rest of the writers. The actor easily builds a layer of empathy as his pharmaceutical rep Billy for the audience to latch on to. However, the character isn’t given much space to go in the first seven episodes available for screening.

When the perspective shifts to Purdue Pharma President Richard Sackler, Strong paints him as more of a misunderstood antihero rather than an evil capitalist monster that profited off of the death and addiction of millions of Americans. Michael Stuhlbarg portrays Richard as the Sackler family joke without much justification for their vitriol.

While it can be argued that every real person should be portrayed as three-dimensional well-rounded people, Strong’s depiction of Richard Sackler begs the question, does that treatment benefit the viewer? For years, the Sacklers have hidden behind their charitable works and received pats on the back from numerous art and educational programs. They’ve had their good press. We don’t need a “complicated antihero,” but rather the acknowledgment of how much Richard and the rest of the family knew about the addictive properties of Oxycontin. Dopesick doesn’t do that, showing the family burying their heads in the sand and not listening to the ample warnings doctors, the DEA, and FDA gave them.

You can watch Dopesick on Hulu. Watch the trailer below.