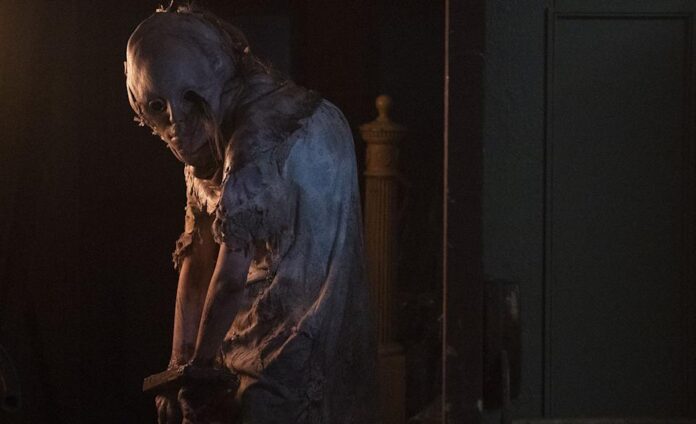 Despite lasting for six hit movies, Paul W.S. Anderson and Milla Jojovich’s Resident Evil franchise still took a lot of heat from fans of the Capcom video games for being unfaithful to the source material. Well, things are going to change with the reboot, Resident Evil: Welcome to Raccoon City, which is going to have all of the undead goodness that has made Resident Evil one of the biggest influences in zombie horror.

The new trailer is everything die-hard fans could hope for, as director Johannes Roberts is clearly looking to bring the games to the big screen as faithfully as possible. You get the most popular characters such as Jill Valentine, played by Hannah John-Kamen, rookie cop Leon S. Kennedy played by Avan Jogia, Kaya Scodelario and Robbie Amell as Claire and Chris Redfield, and top baddie Albert Wesker, whose massive frame is perfectly suited to Umbrella Academy actor Tom Hopper.

Not only that, but Roberts is taking scenes directly from the classic games. If you wanted to see Raccoon City police department get overrun on the big screen, this is what you’re looking for.

Returning to the origins of the massively popular RESIDENT EVIL franchise, fan and filmmaker Johannes Roberts brings the games to life for a whole new generation of fans. In RESIDENT EVIL: WELCOME TO RACCOON CITY, once the booming home of pharmaceutical giant Umbrella Corporation, Raccoon City is now a dying Midwestern town. The company’s exodus left the city a wasteland…with great evil brewing below the surface. When that evil is unleashed, a group of survivors must work together to uncover the truth behind Umbrella and make it through the night.