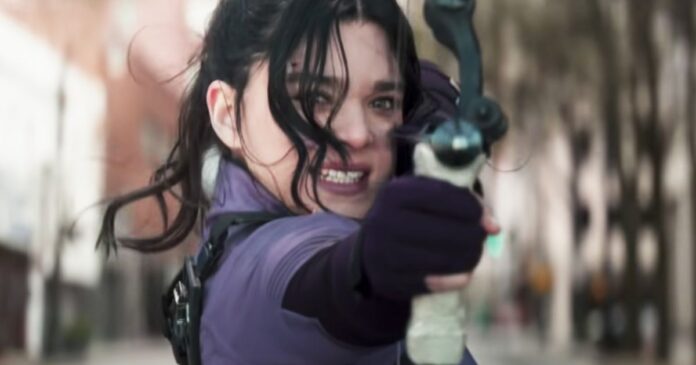 Trick arrows, Santa Claus, and a Captain America Broadway musical…maybe one of those things seems like it should be in the upcoming Hawkeye series on Disney+. Promised to be “the six-part holiday event you can’t miss”, the show returns Jeremy Renner as the Avengers’ resident archer, joined by Hailee Steinfeld as his protegee, Kate Bishop, destined to become the new Hawkeye.

And this new trailer looks like a ton of fun, as it should be. With a clear Die Hard influence, the series has plenty of action but also a great deal of comedy, most of it coming from the banter between Clint and Kate as they try to survive enemies who are clearly not in the Christmas spirit.

Also in the cast are Vera Farmiga, Fra Fee, Tony Dalton, Zahn McClarnon, Brian d’Arcy James, and Alaqua Cox as Echo. Florence Pugh will also reprise her role as Yelena Belova, picking up on that post-credits scene from Black Widow. She’s going to have Hawkeye in her sights and frankly, I don’t think he’ll survive it.