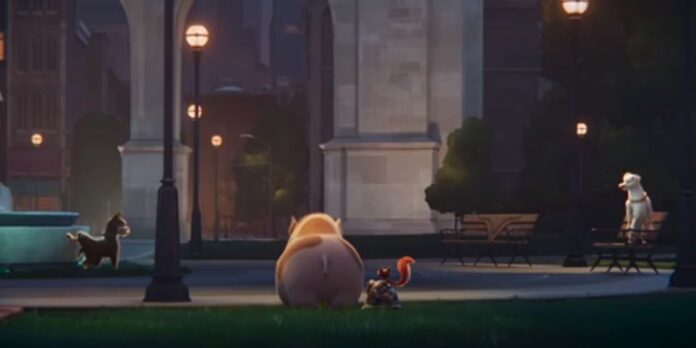 Don’t let anyone tell you that the industry doesn’t respect comic book movies. We live in a world where Krypto the Super-Dog is getting his own movie, and he’s voiced by none other then Dwayne Johnson! That’s not all, as the trailer states, you can’t have a league with just one guy in it. Johnson will be joined by his favorite collaborator Kevin Hart who will be voicing Ace, the Bat-Hound!

The CG animated film by DC had a trailer debut today during DC FanDome and while it wasn’t on my most anticipated list, the quick look at the film appears to be showing something that will be alot of fun to watch. Can you really go wrong with Kevin Hart and Dwayne Johnson these days? They aren’t the only ones, judging from the star studded cast it would appear the script is up to snuff. I mean, you don’t get names like Kate McKinnon, John Krasinski, Vanessa Bayer, Natasha Lyonne, Diego Luna, Keanu Reeves, and Marc Maron without having some quality behind your product. No official word on when to expect the film but the parting shot promises a global trailer launch in November!

For all of the DC FanDome action, click here!

Dwayne Johnson Hits Back, Talks “Guts To Fail, Desire To Succeed” At DC

Box Office: ‘Bullet Train’ Keeps Chugging Along At #1 During A Quiet Weekend