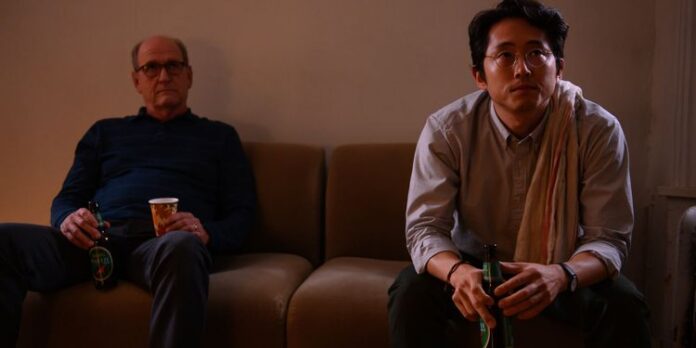 It’s tough to go wrong with an ensemble of  Richard Jenkins, Jayne Houdyshell, Amy Schumer, Beanie Feldstein, Steven Yeun, and June Squibb, which makes Stephen Karam’s The Humans a Thanksgiving movie worth…well, giving thanks for? The film is based on acclaimed playwright Karam’s stageplay, and marks his feature writing and directing debut.

The premise sounds like a lot of films set around Thanksgiving, and follows multiple generations of a family who gather at a small Manhattan apartment to celebrate the holiday. Of course, there will be a lot more than carving the turkey that goes on, as their deepest and darkest fears will be revealed.

A24 picked up the rights and are deploying an interesting release strategy. The film will open in theaters and premiere on Showtime on November 24th. Reviews out of TIFF where it recently debuted have been strong, suggesting it could be a serious awards player.

Erik Blake has gathered three generations of his Pennsylvania family to celebrate Thanksgiving at his daughter’s apartment in lower Manhattan. As darkness falls outside and eerie things start to go bump in the night, the group’s deepest fears are laid bare. The piercingly funny and haunting debut film from writer-director Stephen Karam, adapted from his Tony Award-winning play, The Humans, explores the hidden dread of a family and the love that binds them together.