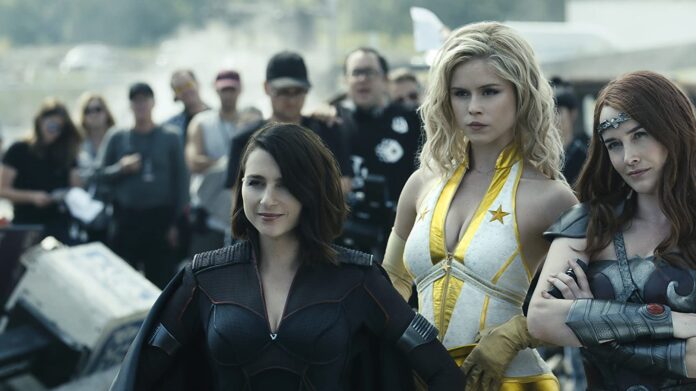 It’s no surprise Amazon is eager to expand The Boys into a legit franchise of spinoffs. The R-rated superhero series has been one of their biggest hits through two seasons, and that’s likely to continue with season three. Last year they set into motion a spinoff following rowdy college-aged superheroes, and today it has officially been greenlit…with one major change.

According to THR, The Boys college spinoff has been given a full season order by Amazon Studios. Obviously, they’re happy with the progress on the pilot order from months ago. However, one thing will be different and that’s the showrunner, as Michele Fazekas and Tara Butters have replaced Craig Rosenberg due to creative differences.

Fazekas and Butters are well-known to Marvel fans as showrunners of the short-lived Agent Carter series. More recently, they created the underrated, and sadly also short-lived sci-fi series Emergence.

The Boys showrunner Eric Kripke is super pumped to show a different side of the Voght-American Universe, if that’s what they want to call it…

“It’s our take on a college show, with an ensemble of fascinating, complicated, and sometimes deadly Young Supes. Michele and Tara are stone-cold geniuses, we’re thrilled to have them steer this ship, and grateful to Sony and Amazon for the opportunity. We love this show and can’t wait for you to see it. Also, ‘Baywatch Nights’ spun off from ‘Baywatch,’ and it had vampires. Vampires!”