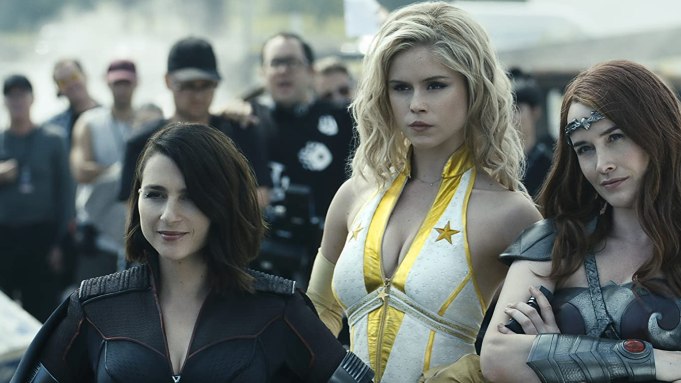 Because nothing can ever just be really popular on its own anymore, Amazon’s hit series The Boys is spawning a spinoff. THR reports that a new show based on a college for young superheroes is in the works and is being fast-tracked into production based on the record-breaking launch of season two.

Of course, this being a show based on The Boys, it will be R-rated and likely full of the same over-the-top violence and potty humor, which is exactly how it should be. The series will be written by exec-producer Craig Rosenberg and “set at America’s only college exclusively for young superheroes — which is run by the shady corporation Vought International.”

It’s being described as part college show, part The Hunger Games, so get ready to watch a bunch of young supes let their freak flags fly and kill one another along the way. Maybe this is how they fit in a Teenage Kix storyline?

At this point it doesn’t sound like Billy Butcher and his crew, or members of The Seven, will be involved. But if the show is a hit, don’t be surprised at an eventual crossover.