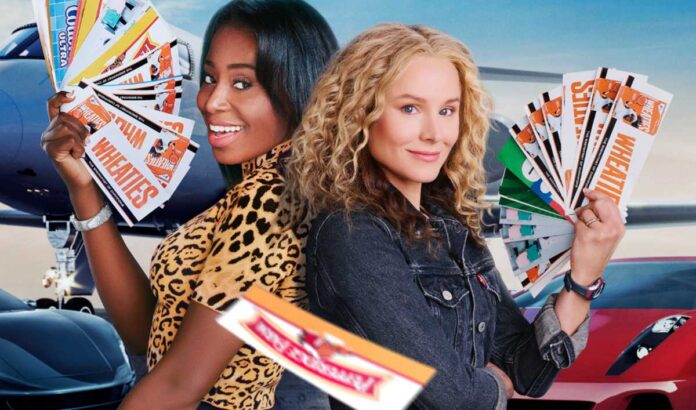 Queenpins, the new film by Aron Gaudet and Gita Pullapilly which stars Kristen Bell, Vince Vaughn, and Kirby Howell-Baptiste, taught me more then I ever thought it would. I learned that “Race Walking” is an Olympic sport, and that couponing can get serious…. like $40 million dollar criminal empire serious. Ok, it only taught me those two things, but I wasn’t expecting to learn anything so, bonus! 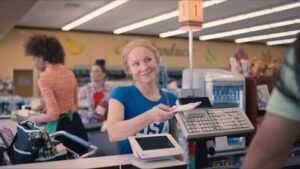 Connie (Kristen Bell) is living the textbook suburban purgatory nightmare. Nice house, not much to do, with a husband that neither loves nor respects her. Jojo (Kirby Howell-Baptiste), Connie’s next-door neighbor, is a YouTuber stuck living with her mom after identify theft tanked her credit score. Honestly, this is the kind of story that usually preludes a true-crime husband killing documentary on the ID channel, thankfully this true story is much less violent. Nope, Connie and Jojo start an innocent website selling unused coupons which quickly morphs into a multi-million-dollar stolen coupon enterprise. Thankfully, for those poor corporate overlords a security guard (Paul Walter-Hauser) and a postal inspector (Vince Vaughn) are on the case. 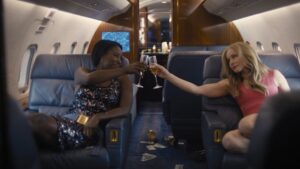 I’m still shaking my head that this was based on a true story. It’s truly amazing….I mean, coupons? Who knew? Truth be told Queenpins walks a tightrope under which lies complete mediocrity. Thankfully the leads they picked for the movie, and the ones who would be walking said tightrope, were fit for the job. Kristen Bell is about as deep in her safe zone as she could get and manages to make Connie a character that you can empathize with, shake your head at, and root for all at the same time. Most importantly she has amazing chemistry with Howell-Baptiste who is equally adept at playing a multi-faceted character. The two have history, both appearing on The Good Place, and their comfort level with each other is more then apparent. 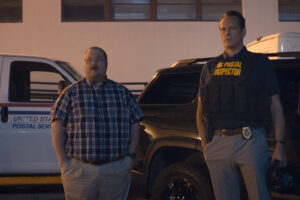 The yang to their yin, Walter-Hauser and Vaughn, function in pretty much the same way. While I don’t think they’ve worked together before Vince Vaughn has always seemed to have that way about him, making best friends out of every new person he meets. Having been a big fan of Vaughn, but one that could admit his overly-snarky bit was becoming annoying by the 2010’s, I was especially happy to see that he found a happy place between his Wedding Crasher days and the new, more serious guy we see in Brawl in Cell Block 99 and Freaky. Hauser on the other hand really knows how to work that creepy but well-meaning vibe. I can’t help but to think of how much better Seth Rogen’s mediocre Observe and Report would have been with him in the lead.

So with a cast this great, why am I not raving about this flick? Well, the cast and a unique plot are the only things that really stand out. From the “cops breaking down the door leading to a flashback” opening, to the Instagram influencer scenes of bubbly on a private jet, this is pretty much a shot by shot first time caper movie. You know what? That’s ok. I don’t think anyone was out to make the next Goodfellas here. The only thing that really ended up bugging me was that it didn’t feel like the filmmakers made a clear decision on how they wanted to portray Connie and Jojo. Should we feel bad for them? Should we cheer for them? Should they be admonished, or are they victims of the system? I’m all for some ambiguity but this just felt more like indecision. There are things that could have been done better, but the lack of those things doesn’t make this movie unwatchable. Quite the opposite, Queenpins ends up an enjoyable 90 minutes or so that will keep you entertained and may even cause it’s share of smiles, if not outright laughs.

‘The Woman In The House Across The Street From The Girl In The Window’ Trailer: Kristen Bell Slays A Silly Sub-Genre For Netflix This...

‘The Woman In The House Across The Street From The Girl In The Window’ Trailer: Kristen Bell Stars In Netflix’s Satire Of Mystery Thrillers