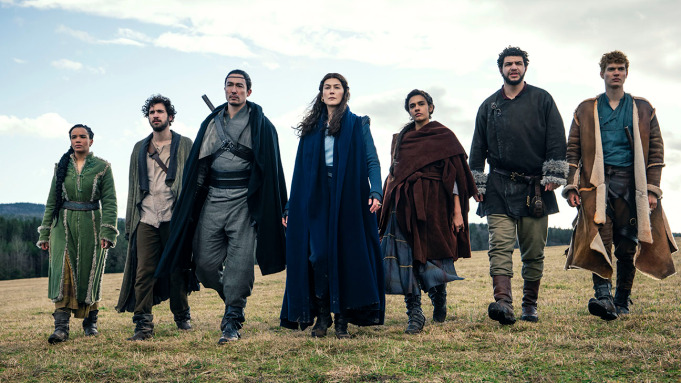 Amazon is making sure it’s the go-to destination for fantasy fans everywhere. While it’ll be a year before we see their Lord of the Rings series debut, before that there’s the anticipated adaptation of Robert Jordan’s beloved novels, The Wheel of Time.

Rosamund Pike is the most recognizable face among the extensive cast, playing the powerful wizard Moraine, leader of a band of all-female magic users. She takes upon her charge a group of young people on a journey around the world, with one among their number prophecied to either be its savior or its destroyer.

Others in the cast include Josha Stradowski, Marcus Rutherford, Zoë Robins, Barney Harris, Madeleine Madden, Daniel Henney, and the great Maria Doyle Kennedy. Showrunner Rafe Judkins is known for his work on Chuck, Agents of SHIELD, and My Own Worst Enemy, not to mention his time as a contestant on Survivor. I remember that season.