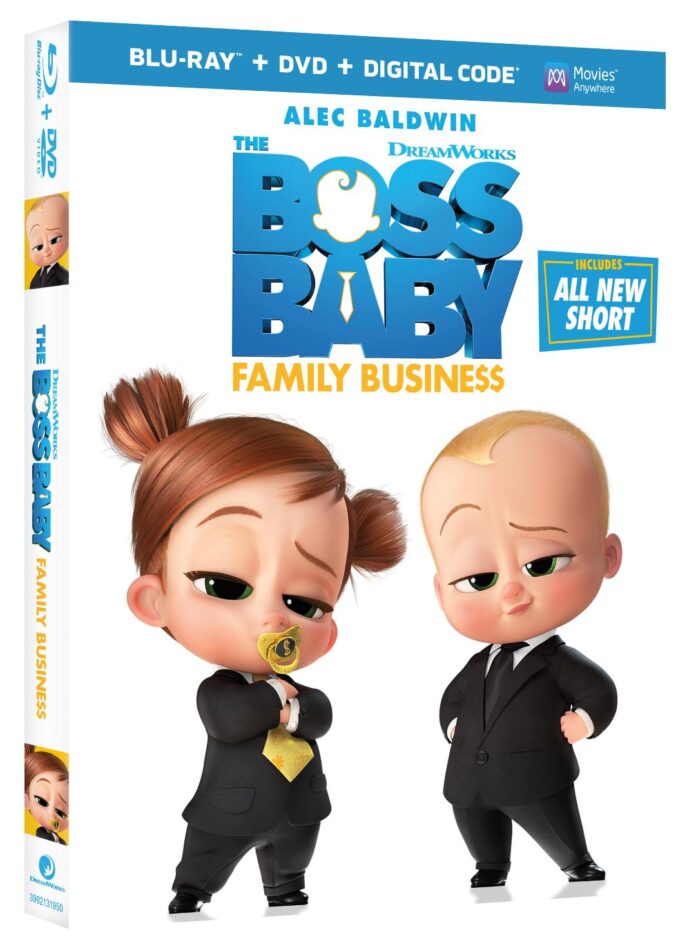 To celebrate Universal Home Entertainment’s September 14th release of The Boss Baby: Family Business on Blu-Ray, we’re offering five of our readers the chance to win one for themselves! Bonus features include an all-new original short film, gag reel, deleted scenes, a behind-the-scenes featurette, music video, and more!

SYNOPSIS: The Boss Baby is back and reporting for business in DreamWorks Animation’s THE BOSS BABY: FAMILY BUSINESS, a hilarious sequel guaranteed to bring the whole family together for non-stop adventure and laughs. On August 31, 2021 The Boss Baby Family Business is available to own on Digital and on 4K Ultra HD, Blu-Ray™ and DVD on September 14, featuring an all-new short from Universal Pictures Home Entertainment. Building on the success of the first film, welcome back brothers Ted (Alec Baldwin) and Tim (James Marsden) as they’re introduced to a brand-new boss baby, Tim’s daughter Tina (Amy Sedaris), who is on a mission from BabyCorp. The entertainment extends beyond the film with all-new exclusive bonus features offering endless fun and sure to get the entire family into the ‘back-to-school’ mode. These features include a brand-new animated short, deleted scene, gag reel, interactive Creative Experiment Labs, Boss Baby Art Class and more.

To enter, simply complete the Rafflepress contest form below. The contest ends tomorrow, September 14th at noon, and winners will be notified by email shortly thereafter. Good luck!