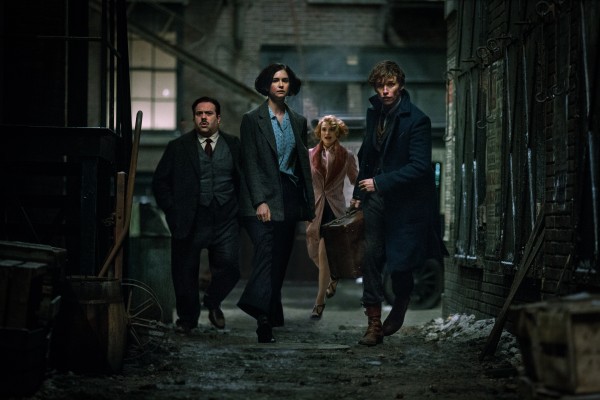 The problem keep on mounting for Fantastic Beasts 3. Production on the third Harry Potter spinoff has been halted due to a “team member” testing positive for COVID-19.  This isn’t the first time shooting on the film has been stopped due to the virus, as it happened once before early last year at the start of the pandemic.

Warner Bros. confirmed the news to THR, but did not reveal who the team member was. That makes sense given privacy laws and so forth…

Just go ahead and add this to the list of problems that have hit Fantastic Beasts 3. New cast member Mads Mikkelsen is there because everybody hates Johnny Depp, and author/screenwriter JK Rowling is doing a pretty good job of making everybody hate her, too. And like so many productions, the pandemic caused massive delays, pushing its start until just a few months ago.

Otherwise, there’s not much we actually know about the film. Eddie Redmayne, Dan Fogler, Katherine Waterston, Ezra Miller, Alison Sudol, Callum Turner, and many others will be returning, with longtime Harry Potter director David Yates behind the camera. Fantastic Beasts 3 opens July 15th, 2022