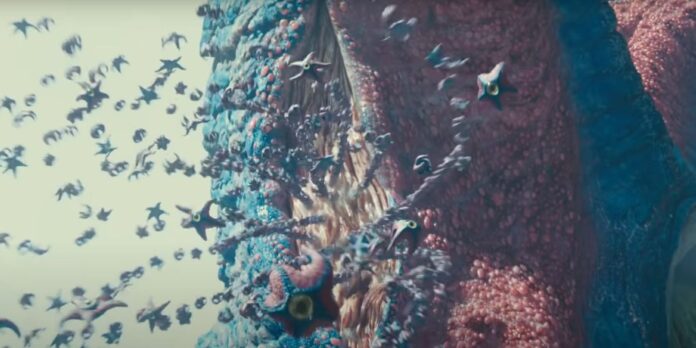 James Gunn’s The Suicide Squad finally opens in theaters and HBO Max this Friday, and I can’t wait for you all to see it. Actually, I can’t wait to see it again myself. that’s how much fun it is.

Warner Bros. has dropped a couple of clips that will give you a pretty good idea what to expect, without spoiling too much. The first is more of a scene that has been prevalent in the promos, and it involves Pete Davidson as the comically-terrible Blackguard, freaking out when he thinks he’s sitting next to a werewolf, when in fact it’s just Weasel (played by Sean Gunn).

It’s also no secret that Task Force X is facing the might of Starro the Conqueror as the ultimate baddie. We see the creature in all of its glory in the second clip, as it escapes its confines and stomps like a kaiju through the island of Corto Maltese, where much of the film takes place.