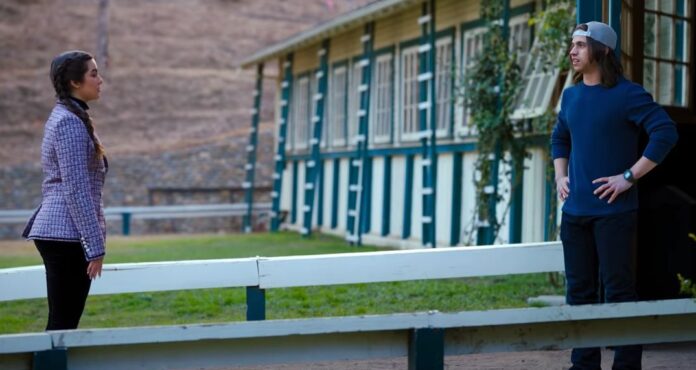 She’s All That, one of the seminal teen films of the 90’s. The film made Rachel Leigh Cook and Freddie Prinze Jr. into teen idols and set in place a number of tropes that would be used in countless movies of the genre for years to come. That being said, it’s also a movie that I wouldn’t think would have a chance to be made today. The premise alone would be problematic, the popular guy at school makes a bet that he can turn an unpopular/ugly girl and make her the Prom Queen, along the way he learns lessons and they fall in love. I mean sure, it ends up being sweet and a lesson learning situation but it seems that the objectification and straight up glorification of bullying would result in a lot of angry emails. Now all that being said, if something made an impact it’s eventually going to be re-made. So how does one do that and avoid the angry emails? Well, you swap the genders affected, that’s how.

He’s All That, as you can probably guess by now, is a gender-swapped version of the original 1999 film. The trailer looks like it’s going to hit all the marks required, and to be honest it looks like they did so in a really fun way. Seeing Rachel Leigh Cook pop up as, Padgett’s (said popular girl) mom was a nice little call back and fans of Cobra Kai will be delighted to see that Tanner Buchanan (Robby Keene in Cobra Kai) fills the role of ugly duckling.

Starring Addison Rae and Tanner Buchanan, He’s All That reimagines the original plot of the 1999 teen classic She’s All That. The contemporary story follows an influencer (Addison Rae) who accepts a challenge to turn the school’s biggest loser (Tanner Buchanan) into prom king.

I’ve said it before, and I’ll keep saying it. God Bless Netflix for keeping these mid-level genre movies alive when they were abandoned by the theaters.