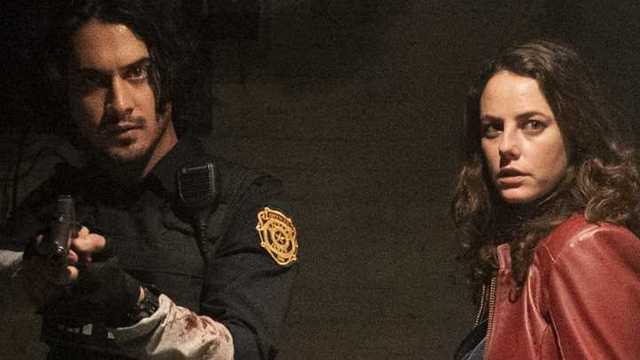 Screen Gems didn’t let their Resident Evil franchise lay dormant for very long before launching into a reboot. The final Milla Jojovich movie was in 2016 and by 2017 they were already underway on a revival, Resident Evil: Welcome to Raccoon City, a title that should make fans of the hit Capcom video games very happy. And now a few years later we’re getting the first official images (via IGN) featuring the cast as popular characters Claire Redfield, Leon Kennedy, and more.

The photos include star Kaya Scodelario as Claire Redfield, Robbie Amell as Chris Redfield, Hannah John-Kamen as Jill Valentine, and Avan Jogia as Leon S. Kennedy. No coincidence these characters were chosen as they are the most iconic of the entire series of horror-surival games. The only one missing is Umbrella Corporation’s villainous Albert Wesker, who will be played by The Umbrella Academy‘s Tom Hopper. He and John-Kamen starred together recently in SAS: Red Notice.

The film is written and directed by Johannes Roberts, best known for 47 Meters Down and The Strangers: Prey at Night.